Some people really can't stand not being first 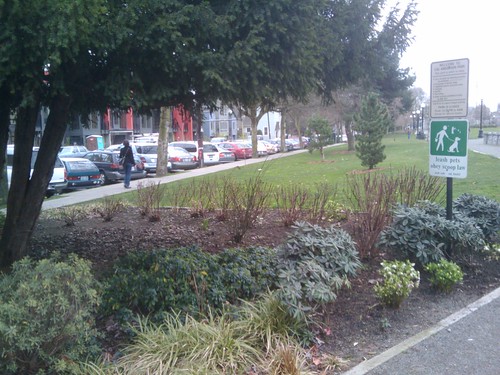 Some people really can't stand not being first, originally uploaded by christopher575.

I'm sure you know the type. They weave back and forth through traffic trying to be the one person in the world who isn't behind anyone. They probably have "Unless you're the lead dog, the view is always the same" sweatshirts. They wait away from the rest of the group waiting for the bus and merge into the line instead of getting in it. Assholes, basically.

This girl was waiting to cross the street and wasn't being aggressive enough to get cars to stop for her, so they finally stopped when I entered the intersection. About halfway into the next block, she darted in front of me. A few steps later, she dropped a pencil and heard it hit the ground, but had no idea where it was. I saw it land, so I pointed it out as I walked by.

Sure as shit, a few steps later, she jumped past me to walk in front of me again.