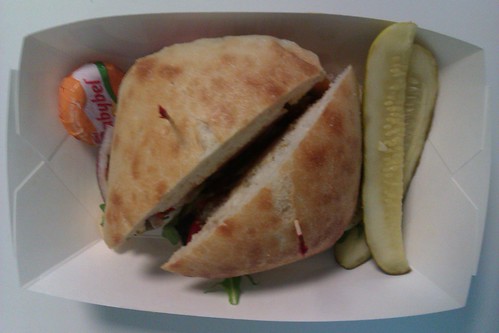 Vegetarian muffaletta with pickles and a Babybel for later.

The sammich has hummus, avoacado, roasted zucchini and red and green peppers, onions, tomatoes, and olives. The first half was pretty blah but the second half was way better, and not just because I put a bunch of salt on the second half.