I'm watching now for the first time, hoping I don't spot myself. The lasers are so awesome.

Noise from people fighting, wind, and my own snoring woke me up several times last night, and I ended up having a very vivid and long series of related dreams.

I worked for a show on the Food Network, and the host of my show decided to leave. For some reason, Alton Brown thought this would be the perfect excuse for us to take Bravo over and make one big gay channel out of both of them.

And that's really all it was about. You know how you could come home and tell someone what happened at work in a sentence or two even though you spent eight hours working? This is kinda like that. I couldn't even really tell you what all I did, but it was all work activities and didn't jump out at me as super noteworthy, except for the plotted takeover.

I do remember at the end being back in Albuquerque and needing to get from the bowling alley (which is now a Staples at Menaul and San Pedro) down to my parents' house (my mom is usually still alive in my dreams) in the North valley. I was with a couple of guys and they were willing to walk quite far, but I noticed a bus stop at the corner, got really confused reading the signs, and woke up.

Ever get woken up from a dream and feel really sick to your stomach? At some point during the night last night I woke up to a big commotion outside. I heard one guy yell "FAGGOT!" and another yell "WHAAAAAAT?!?!" and felt like I should go look out the window, but just felt too gross to care enough. On top of that I had some major feelings of not wanting to get involved. Total Kitty Genovese stuff. I feel bad for not investigating but I'm pretty sure it was two dudes fighting and not one dude attacking some other dude. 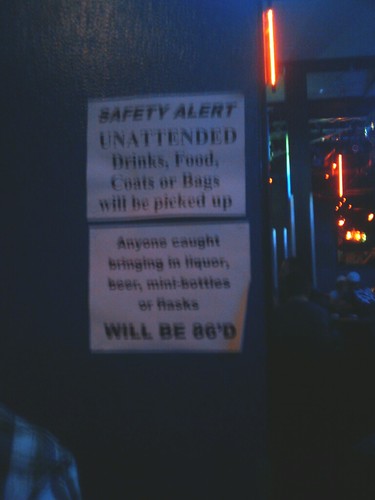 Being gay is rough, originally uploaded by christopher575.

There are so many rules. 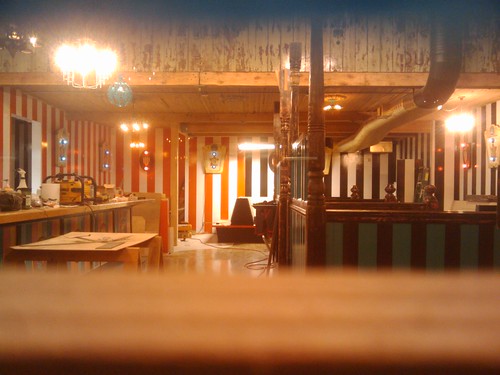 A sneak peek at The Unicorn, originally uploaded by christopher575.

They were supposed to be open a week ago. It'll be a few weeks by the look
of it.