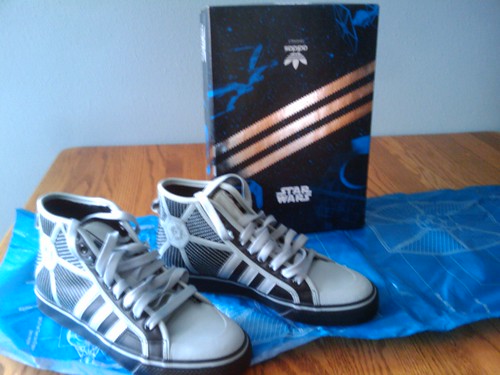 Open to: All, detailed results viewable to: All. Participants: 32

How is "TIE Fighter" pronounced? 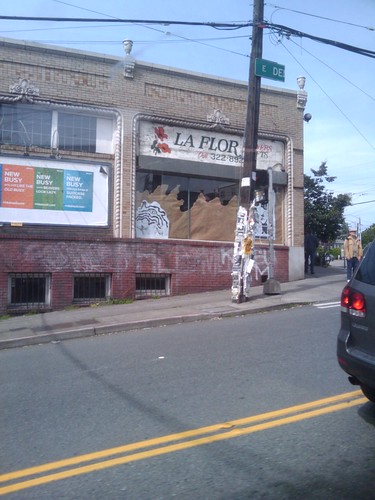 A picture from yesterday, originally uploaded by christopher575.

They've taken down the Supercuts sign and have revealed what was beneath. I
hope someone opens a lesbian bar there and keeps the same name.

It's funny how I ended up messing up my phone. I reset mine recently and it was working better than ever, so I was actually trying to invest in keeping it longer by buying a new keyboard for it. The one that comes with the color I chose has a terrible issue with glare. When I was at a T-Mobile store with

cattycritic, the guy said "We don't recommend the bronze color, the keys are really hard to see." I was like, yup, I have one right here and I wish it was black. So I figured, hey, I'll make mine black!

If you see an item description on ebay and they tell you it comes with easy-to-follow instructions, you should probably try to find those instructions on the internet and see if you think they sound easy. I'm sure a lot of people love teeny tiny cables and stickers and screws, but I'm just not one of those people. I didn't get my keyboard changed out but decided I'd reached my level of comfort and gave up. Looks like I should have given up sooner, because I couldn't get a signal after putting it back together. And I actually had to try several times, because the touchscreen didn't work.

It's just funny to me that I wanted to keep my phone for a long time and that the steps I took to keep it useful for me backfired. Luckily I've been very good with my money lately so a trip to the T-Mobile store today won't be too painful.

I went over to the T-Mobile store to see about a new phone. Before going inside, I checked the time on my phone, and it had 3G service, so I went to go post about trying to decide if I should continue with the purchase. I knew right away that I should because about half my keys didn't work. So I went inside and it turns out they're out of them, and won't be getting any more until the 12th, at least. Or maybe the 16th. So I asked if it'd be smarter to just order one online and she said yes.

So I just ordered one, and even with 3-day shipping added, it's not supposed to deliver until a week from today. And now that I'm back in the office, I'm back to having no service. So I can expect to mostly have no service for the next week or so, I'm sure.

I suppose I could pop my SIM back into my MDA, but I bet the battery is shot.

Anyway, the moral of the story is, I should have just ordered one online last night. Except if I had, maybe my delivery date would be the 10th, and I have to go to the dentist that day. My plan now is to work from home next Friday so I'll be there when it comes. Fingers are firmly crossed.

I never received a confirmation email after I ordered my phone. A While later, I got an email saying my order was pending and I had to confirm it by clicking the link from their previous email. One which did not exist. And yes, I did a very thorough search for it. All my email is forwarded from one domain to another so I had to check both.

After a few tries I was connected to a support agent via chat. He tried to tell me that the email would be coming later, and I said I didn't buy it because the current email referred to one that had already been sent, and it was basically a reminder.

He tried to tell me to just let the order sit in pending until it canceled itself and just go buy a phone at the store. I explained that I went to the store first and there wouldn't be any new phones for a couple of weeks or so.

Then he tried to say that there should be only one email and I was obviously just not finding the link. I pasted the email text in and showed how it refers to a previous message, and reassured him the only things clickable in there were my own email address and the accessories they were trying to get me to buy.

He eventually said that my order was cleared and didn't actually need an approval, but couldn't explain how it got that way or why I didn't get the mail. What he did say was that it's not possible to re-send mails like that.

So hopefully he's right and I'll have a phone someday.

These are the letters that work on my phone: befghilorvwz 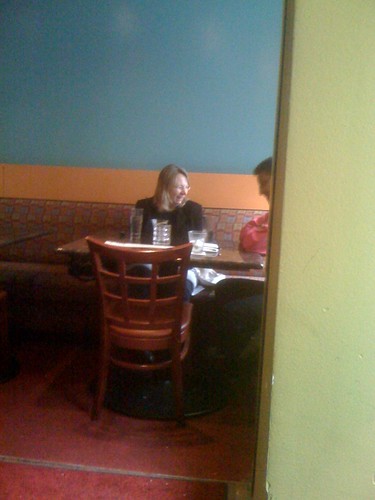 She looks like George Costanza's fiance, originally uploaded by christopher575.

The one who was poisoned by the cheap envelopes.

Garrett took this pic, I broke my camera.