Why don't people understand how to act at the door of a secure building? If a resident or manager doesn't buzz you in or escort you in, you simply have no business being there, period. This is true even if you're there to do work.

Yesterday some guy who looked shockingly like this post's icon was at my front door as I walked up and I said, "Excuse me" as I went past him to go in. He walked up behind me and grabbed the door, so I turned around and said, "I can't let you in." He wouldn't let go of the door so I said, "Please let go of the door."

He had his cell phone up to his ear, presumably calling the person upstairs he was there to see, and just ignored me, holding steadily onto the door. "Let go of the door!" I repeated. Finally he whined back "Noooooo." I said, "I'm not going to let you in," and he bitchily answered, "Then just stand here a minute!"

Nope, there's no genuine reason for me to, especially if you don't say who you are or what your business is. Nobody has any business trying to piggyback into a secure building. I stood there for a moment and he finally released his doughy hand, at which point I pulled the door all the way closed behind me and went down to get the mail.

As I came back up, he'd been buzzed in and was on his way. So basically I guess his plan was to follow me in and knock on their door? No, don't do that. People who live in secure buildings want you to be buzzed in. They aren't expecting you to show up at the door unannounced.

That's one thing I don't miss about my last building. It was a lot bigger so there were people out front at the door all the time trying to follow me in. If the person doesn't buzz you in, what are you planning on doing, waiting at their door in the hallway? Fuck off!

EDIT:
I should add a positive example. A few weeks ago there was a real estate agent at the front door who was there to meet a prospective buyer for another unit. I walked up just as she was coming out and she asked if I lived there. I said I did, and she said, "You know, I'm going to go ahead and have you use your key since I don't know who you are." And I thanked her! I don't want her letting some jewel thief in.

I guess if the guy would have replied to me at all instead of standing in silence, we could have come to some sort of understanding, but he just ignored me while listening on his phone.

EDIT 2:
I should also add that my arms were full of groceries, making it extra douchey of him to expect me to stand around like that. And be, you know, the perfect target for a "follow you in" scam. 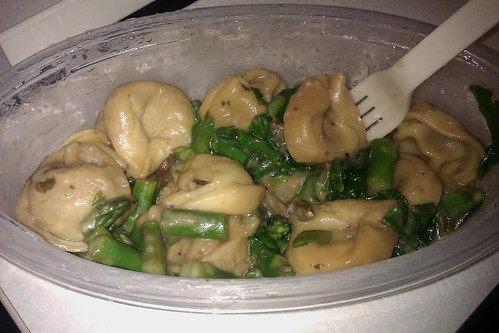 Is this crack?, originally uploaded by christopher575.

It might be mushroom tortelloni with spinach and asparagus from TJ's.
Or it might be crack cocaine. I really can't tell. 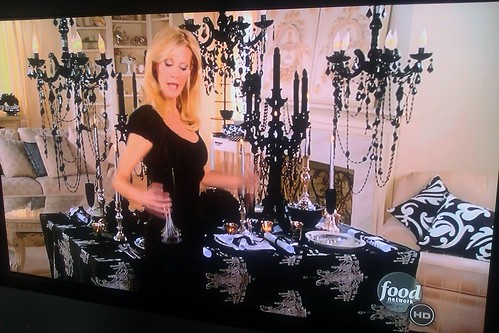 This may be one of her best yet. She created "chandelabras". Think
about that for a minute. 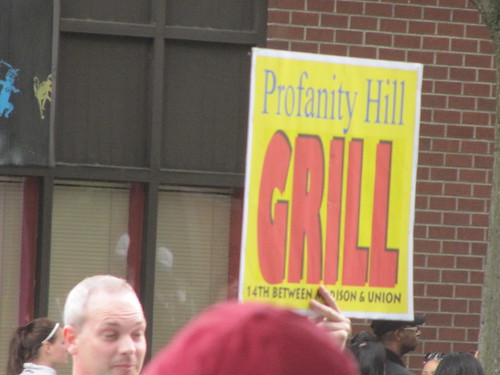