I haven't posted about a dream in a long time, but this one had unusual staying power. I woke up from it at about 3:30 and still remember a lot even though I went back to bed for two more hours.

I was hanging out on Boren Ave with the members of Faith No More, presumably because of Twitter with how much it came up in conversation. The drummer was telling a story but all I could concentrate on was his dreadlocks. We decided to go check out Jigsaw Renaissance, and I was fascinated because they'd set up a bunch of really cool signs and light fixtures which made their logo show up in the shadows everywhere.

We left and were going to meet up with members of another band. I can't remember which band, but it may come back to me. I couldn't remember at 3:30, but then remembered at 5:30 and am surprised that I've forgotten again. I was worried about potential rivalries on Twitter between them (the other band was coming because of me, not knowing that FNM was there) but I asked and they said they were all friends.

Geography in dreams is always a little weird, and in this case it wasn't nearly as close to get to the bars as it is in real life. I said which one to meet us at and which one we'd go to later, and we split up. I was excited because I was with Roddy Bottum (swoon) and everyone else was in another car. He was worried that the other guys would go to the wrong bar, and I actually hoped exactly that would happen.

I think there was a detour home for a bit, but sadly, nothing dirty happened before I woke up. 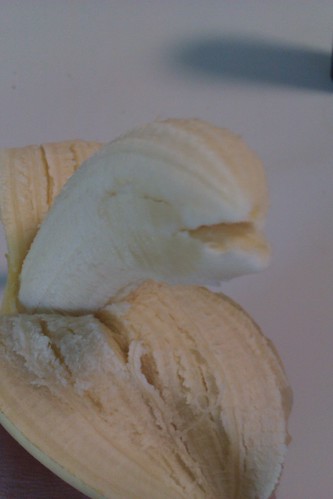 It's less appetizing when it looks like a sick baby dolphin, originally uploaded by christopher575.

I was going to include this in the Friday post. When I first saw it, it had almost no views, but now it's blowing up all over the place so I figure I should post it now instead.