I'd say at least a third of my dreams involve two things. The first is wacky architecture. I'm always finding myself in strange, maze-like men's rooms or moving into an apartment that shares glass walls with the living rooms of the apartments on either side. Or there's a huge apartment that I find with a stunning view and I'd be able to afford it but I just moved in somewhere else and can't break the lease.

The other is that things just never seem to go the way they should and I spend tons of time working on a simple task. I'll try to send a text message and the words on the screen don't match what I want to say and I have to erase it and start again, over and over. I'll be at work and the software we use keeps doing the wrong thing.

Every time I wake up from one of these dreams I feel stupid for not realizing it's a dream. This morning is a perfect example. I was in a really cool apartment that had shiny black floors and windows in the upper half of the walls that went all the way around the room. The view out the windows was of the property, which was large and surrounded by trees. It was autumn, and the colors of the leaves looked great contrasted against the black floor.

It was some big event that involved registration, and we were sitting at a long table in that room with the view. When I got my form, it said HAPPY BIRTHDAY in big letters across the top, which was written as a surprise for me from

guaparella. Again, this should have been a tip since she lives several thousand miles away.

Just like I always have phone or computer trouble, it turns out in dreams I can't even fill out a form. Her birthday wish was right by where my name should have gone, and when I tried to write my name small enough to fit, it came out all smudgy. I try to write it off to the side, and screw it up again. I filled the entire upper area of the page with messed up versions of my name, and don't even think twice about how hard writing is.

I tell the host about my problem and she says not to worry, that she would just be using our form to fill out her master form, and I could just put my info on her master form. When she handed it to me, it was already filled in all the way, and even if it wasn't, the spaces were so tiny, I knew I'd never be able to fill it in. I can't quite remember how that sequence ended, but I'm pretty sure I just gave up and left.

That's when I found

meowlet at a comedy club, and it turned out she was going to be doing some comedy. The guy who went on before her was a guy she had a crush on, and after he introduced her, she immediately launched into a routine about him. It was very embarrassing, since there weren't even any jokes, and she turned on a bunch of christmas lights and started talking about their (imaginary) holiday together.

I was truly relieved when my alarm went off. 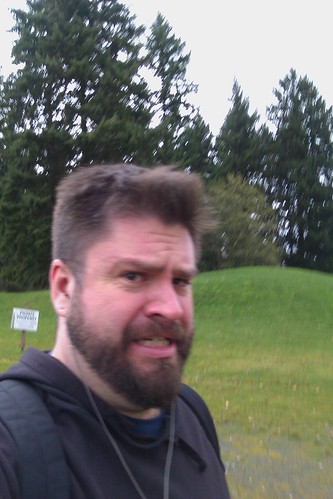 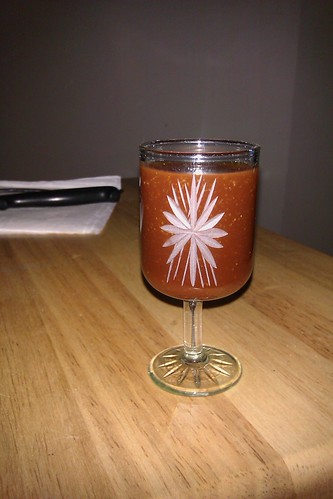 And he put it in the cutest little vessel.