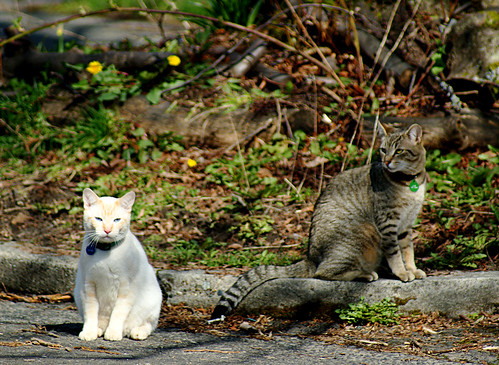 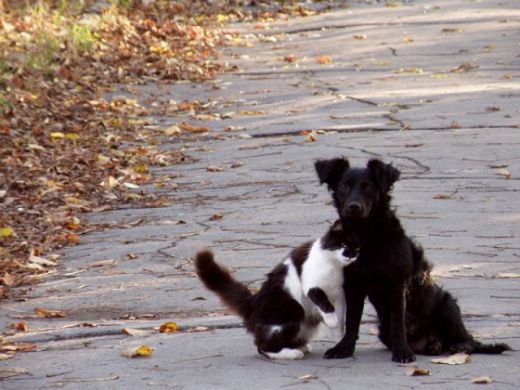 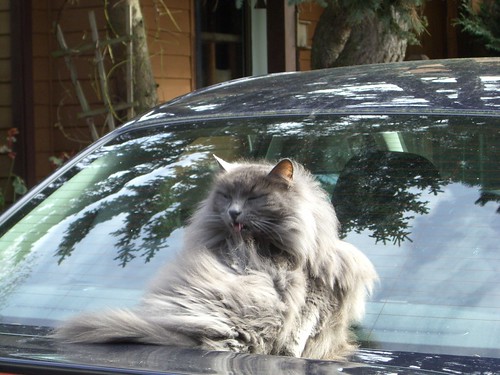 I put "recipe" in "quotes" because this is something I made with leftovers that already had ingredients in them, so I wasn't really measuring. And honestly, that's a pretty good way to cook. Add a little of this, see how it tastes, put some more in of the other thing, etc.

This came about because I had two containers of leftover noodles from dinner the other night, which were stored with a bunch of the sauce from the chicken in mustard. Garrett had said he liked the flavor, but wouldn't mind if it was even more mustardy, so I set out to make a new dinner that was.

But let's just say for the sake of making this second dish that you don't have any leftovers laying around.

Prepare a few cups (cooked) of egg noodles. While the water is heating, get going on the rest and the noodles should be ready at about the right time.

In a pan, heat a few swirls of olive oil. Take five chicken tenderloins, season one side with salt and pepper, place them seasoned side down in the oil, and season the other side. Flip after a few minutes, cook another few minutes, and remove when they are cooked through to the level that you like. If you haven't made a lot of chicken and want to test it, it should be cooked until it reaches an internal temperature of 165 degrees. You can also look for juices to run clear, but this test is unlikely to work on a small, oily tenderloin.
Set the chicken aside to rest and add chopped onion to the oil. I used about 1/4 of one. More would have been delicious, but would also have taken a lot longer to cook. After they are soft, add three chopped cloves of garlic, and continue cooking until the garlic is fragrant but not burned, and the onions are nicely caramelized.
Mushrooms are an entirely optional ingredient. There were some in the sauce in the leftovers and they were delightful, and if you want some, consider adding them around the same time as the onions.
Deglaze the pan with a few ounces of white wine, and add either a chopped tomato or a couple of handfuls of cherub tomatoes, which is what I used because I accidentally bought an extra package. Regular tomatoes wouldn't have needed much attention other than stirring, but I had to smash the cherub tomatoes so they'd break up and cook down.

Add some frozen corn now. Green beans would be good, too. Peas would be tasty, but they can't be added until the end or they'll get mashed up.
Cut the chicken into big chunks and add them back to the pan. Add the cooked-and-drained egg noodles and stir so everything is evenly incorporated. Add a few heaping tablespoons each of sour cream and dijon mustard, season with salt, pepper, and red chili flakes to taste, adding more sour cream and dijon if needed. It should start out pretty wet, and you want to cook it through until it thickens up, which should only take a few minutes.
Serve with garlic toast!

(Anyone know how to get an Onion embed to work on LJ? Gah)

In Freak Accident, 34 Katherine Heigl Films Released At Once 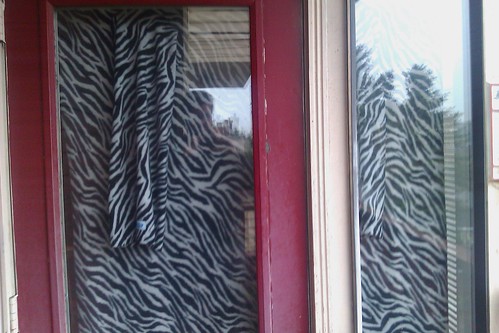 I wonder if anyone nearby can tell this curtain is a Snuggie, originally uploaded by christopher575.

It's less obvious from outside. 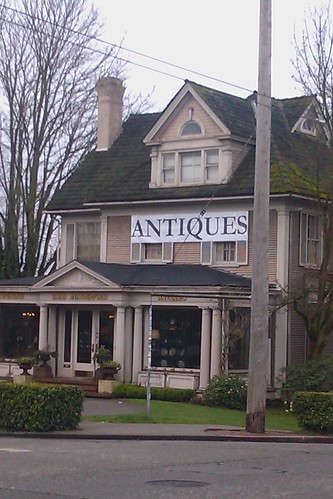 Signs on buildings shouldn't look like they were made in Microsoft Word, originally uploaded by christopher575. 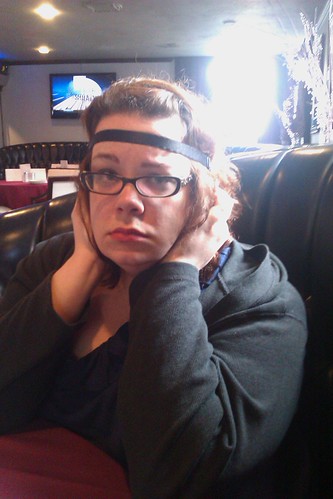 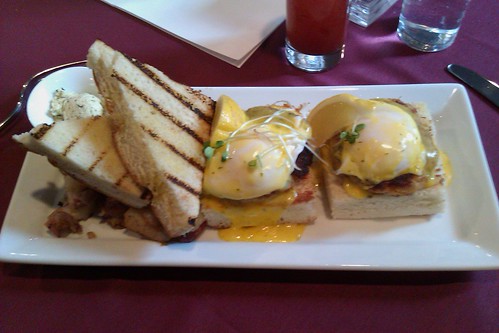 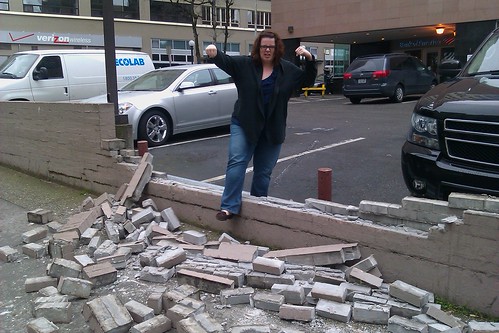 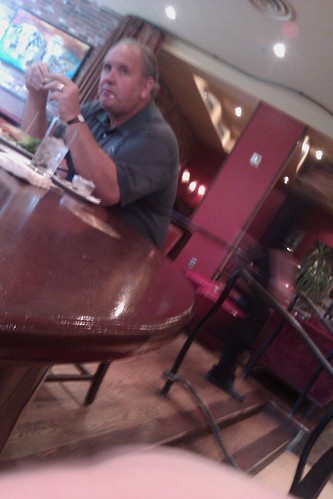 He used the napkin but missed, originally uploaded by christopher575.

The blob has been there for five minutes. 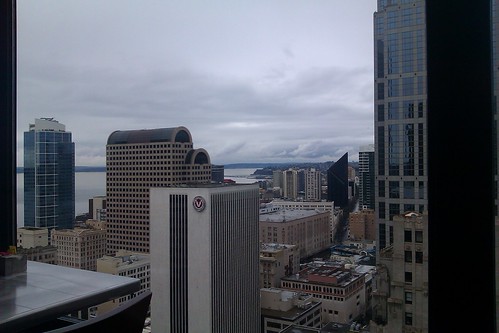 At my favorite secret bar, originally uploaded by christopher575. 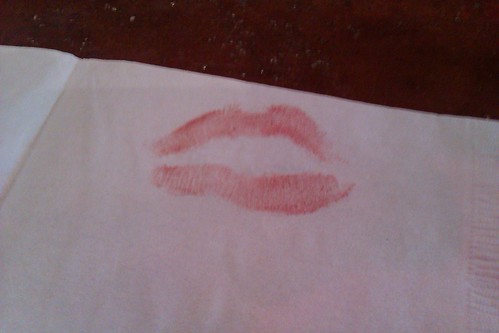