Today's my first day in the office since I got the brace, which replaced the boot. Walking isn't super pleasant, but I figure I need to power through it rather than avoiding it if I want everything to get better. With that in mind, I walked from the bus to my office like I always do instead of taking the shuttle from the transit center, which I did for a month. I really don't like taking the shuttle, so it's good to get back to the old routine.

Last week, a shuttle driver asked me what my wife thought about my boot and if she had a nickname for me. Without a second thought, I said, "Husband. And he and one of my bosses called me "Gimpy" a couple of times, but it didn't stick." Thinking about it, I honestly couldn't remember the last time someone assumed I was straight. Well, someone younger than 90. I think from now on, I'll answer with a question about their same-sex partner that they probably don't have.

One of my sisters is in town! For those of you who don't know, my dad was married and had three daughters, divorced, married my mom, and then they had me and my brother. I'm the youngest of five. The sister who's here is the youngest of those three sisters, and I haven't seen her in several years. I'm not even sure how long it's been, probably 4-6 years? She lives in the middle of nowhere in Nevada and the reason I get to see her is that she's in Portland for something and took a few days to come up here and see me and my nieces and nephew. So that's nice.

My nieces and nephew who live here aren't her kids, by the way. My oldest sister is their mom. I guess I felt like I should mention it in case you thought she was their mom but is never up here. Ha.

I went six months without updating my bathroom blog. A few days after my first post-hiatus post, I got a very nice email from the owner of Barbie Dream Hearse! That was exciting. She suggested a bathroom which sounded cool. I told her if she sees cool women's restrooms she should take pictures for me, since I can't always go into them. Speaking of which, there's a place I've been to where the women's restroom is luxurious and the men's is a shithole, I need to do a post about that one.

The main holdup is that I haven't been going to any new places lately. I'm old. But! I met an old friend for happy hour last week and got a second new post out of it.

Oh, and I totally ordered a Barbie Dream Hearse shirt.

Blogger has been making me crazy. I just can't get the font sizes I choose to show up. I really wish I would have hosted it here or on Wordpress. The only nice thing about Blogger is that it's a Google product, so things play nice with my gmail account.

Making some exciting travel plans, but I never talk about upcoming travel online. I prefer to just keep posting and let it unfold.

We saw Garrett's parents for the first time in a while yesterday. The reason it's been so long is that they went on a cross-country trip so they could finish visiting all 50 states. When they called me on my birthday, they'd gotten to Connecticut, which was state 50, so that was cool. They brought us t-shirts from the Spam museum and various other treats. We had steaks from the grill that were hella good, and we lost to them at Lawn Darts. I just ordered them a ladderball set, since Bev's birthday also happened while they were away.

It was annoying, how many times I had to explain what happened to my ankle on the same sites where I'd already explained it. Maybe I'm just weird, but I'd much rather click on someone's name, scroll back a bit, and read, than hit the comment link and say "If you already said, I missed it. What happened?" Isn't that kind of the whole point of blogging and status updates? So you don't have to keep explaining? Furrfu.

I should have just posted links back to the original posts.

I hate the thing where you mention something on Twitter and get spam @ replies about the thing, but I like when real, active Twitter users reply if they're promoting something real that isn't stupid. I mentioned on there a week ago that my normal two-podcast Monday was canceled because Linoleum Knife had sound issues and Citizen Radio had to skip a day because Jamie had a concussion, and one of the guys from My Brother, My Brother, and Me (Oxford comma added by me) said I should listen to theirs. I did, and it was funny! I'm listening for the second time now.

I've been watching episodes of Clean House on Netflix Instant and thinking a lot about the genre. The four shows I've seen like that are Clean House, How Clean is Your House?, Hoarders, and Hoarding: Buried Alive. I think it's safe to say that Hoarders is the most popular of the four, which I think is unfortunate because I think it does the least good. On that show, the crew shows up and they're like "Hey! We have two days to throw everything out! We'll help you through it and then we're outta here!" So yeah, the mess is cleaned up, but the house is left the same and the person's problem is superficially addressed. On Hoarding: Buried Alive, they work with the person for as long as it takes to get the mess moved out at a pace the person is comfortable with, but more importantly, they put them through therapy as well.
Clean House is like Hoarders for less severe cases, and it's also a redecorating show. I doubt they'd take on serious cases based by the families I've seen on there, and I like that they have a yard sale to pay for the improvements, so that when all the stuff is gone, it's for a good reason.
I've only seen one episode of How Clean is Your House?, which we watched because one of the drag queens from RuPaul's Drag Race was on it out of drag. Their concept is to, basically, teach people how to clean. So, that's good.
But yeah, Hoarders is the one everyone knows.
*****
Sometimes when I'm sending a text message, being able to use 160 characters feels so luxurious, now that I'm used to Twitter's 140-character limit. 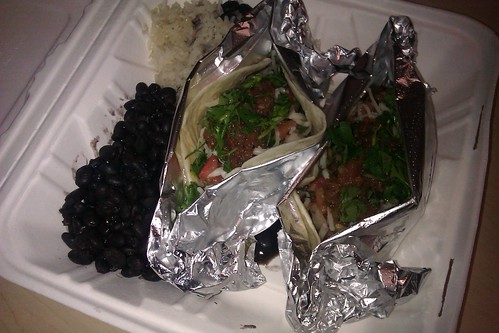 I'm always saying those wire taco holders are cool, but it never
occurred to me to fashion some out of foil. Genius.

Also I prefer using the spelling "tacko's" but only if I know for sure
the other person is familiar with the reason why. 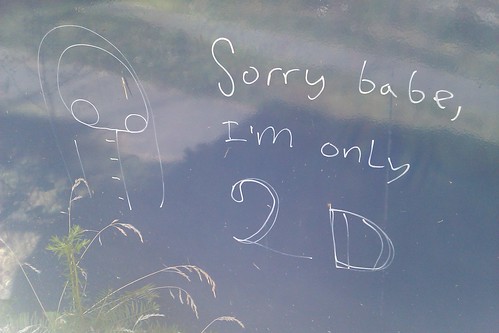 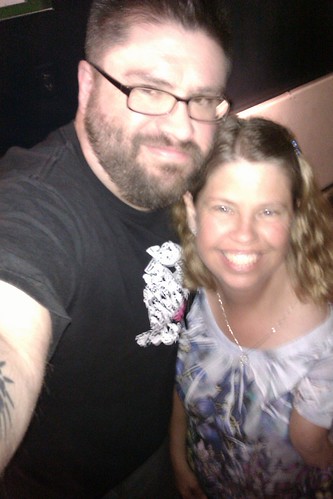