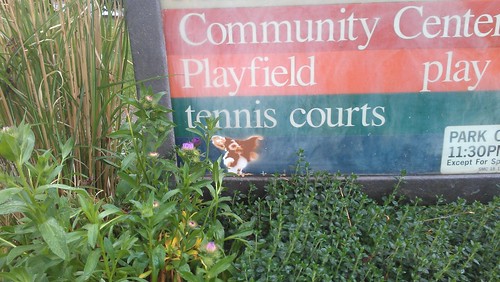 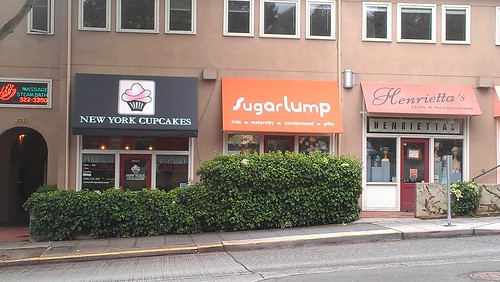 Welcome to Madison Park AKA Will o' the WASP, a photo by christopher575 on Flickr. 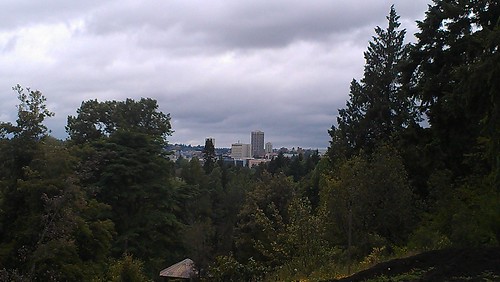 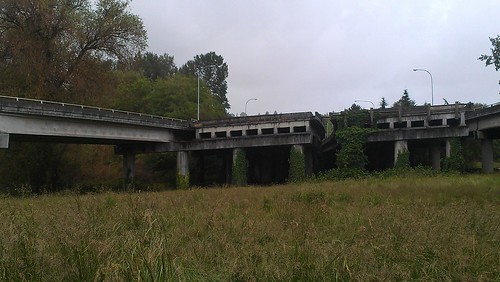 I feel like I'm in a Will Smith movie about the future, a photo by christopher575 on Flickr. 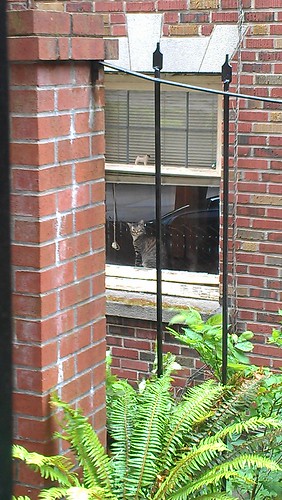 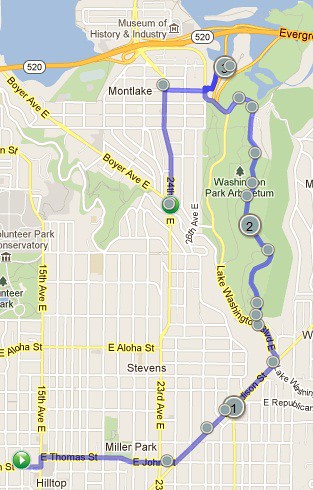 The road that goes along the East side of the Arboretum is really
nice. Today was my first time on most of it and I really enjoyed it. I
wanted to continue West and make a big circle home but then I
remembered I also had to go to the store. That and the humidity.
Between being sick and the holiday, this has been a pretty lame week.
Looking forward to getting back into a regular six-days-a-week routine
next week.

Oh yeah, the part at the top isn't 100% accurate because that area's
trails don't show up on the map and once I made the trail on the map
snap to the roads, I didn't have the option to go off. It's close,
though.

I don't like to just open a can, but I also don't like to necessarily start from scratch. The perfect point in the middle of that is taking a regular serving of something and adding things to it to make the portions larger and less calorie dense. Chili is the example I'm thinking of right now because there's some in the crock pot. Looking at the back of a can of turkey chili, I'm not really bothered by the nutrition so much as I am by the portion size. You just want more than half of one of those little cans, but probably not a whole one. So a while ago, I decided the best way to address that is to think about what's in there and add a bunch more of some of it, as long as it was easy.

So for chili, I take a can and add a can of rinsed black beans and a can of fire roasted tomatoes. Then I consult the chili can label to find the spices that were used so I can add some more of those. Right now I've got that deal going and I noticed it was a little thin. Next time I'll drain the tomatoes first. To fix it this time I almost used cornstarch, but I was smart! I read the box and noticed it says to bring it to a boil after you add your cornstarch/cold water mixture, and I didn't want to do that, so I went online looking for ideas, and found out I could use potato flakes instead. Perfect.

So yeah, I like to make food bigger and better for you. I feel like in this country, we're used to ridiculous portion sizes and that's a good way to deal. 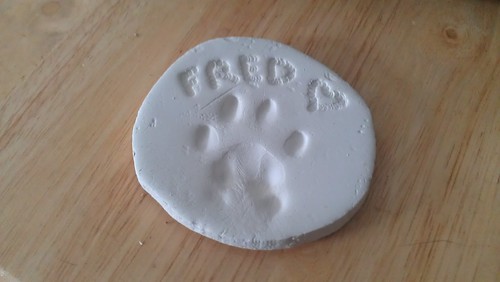 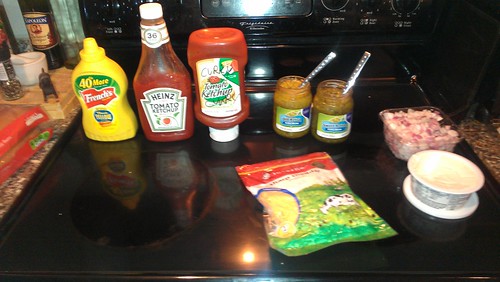 Hot dog fixins bar, a photo by christopher575 on Flickr.