I actually emailed the dining service to request that they bring the formerly-self-serve items back out from behind the counter. A while ago, a woman in front of me wanting oatmeal complained to them that she hated it being back there and she was going to email and was sure tons of people had. I was going to that day but decided to wait to see if they could iron out the kinks.

They actually managed to make it worse.

Now there's a big metal lid that goes over that whole serving station, so everything that used to be self-serve is not only behind the counter, but you can't even see it. So the dude in front of me yesterday asked for oatmeal and asked what kind of fruit was available, and the girl had to say they had watermelon, pineapple, strawberries, grapes, blackberries, and raspberries. He chose blackberries or something and told her he didn't need the lid she brought over, and he was on his way.

There's no fruit they ever have that I'll turn down, so hopefully if this continues I'll eventually just be known as "the guy who comes in for a large fruit cup and wants some of everything" and they'll just ask to confirm each day. It doesn't seem to be registering as a routine with any of them yet.

At least with the big metal lid blocking the view I no longer have to watch them struggle to fill the fruit cup. You'd be surprised how stressful that can be. Not even joking. Fruit flying everywhere, panic setting in as the space in the cup runs out but only half the fruits are represented. 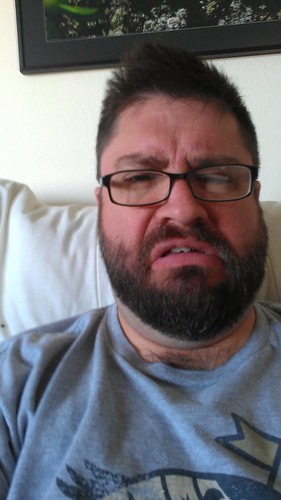 Too much salt in my breakfast sandwich egg, a photo by christopher575 on Flickr. 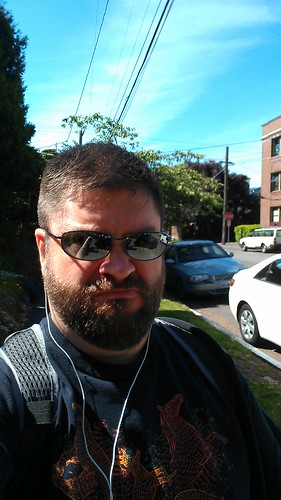 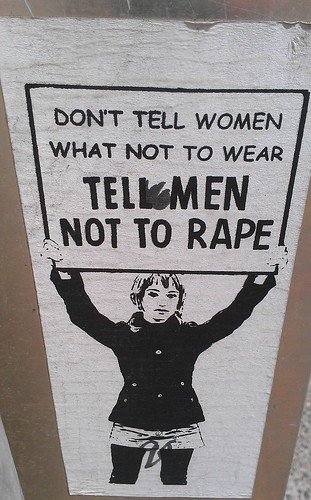 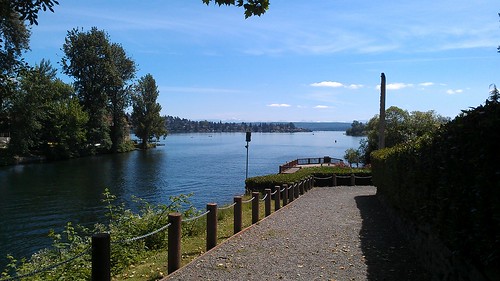 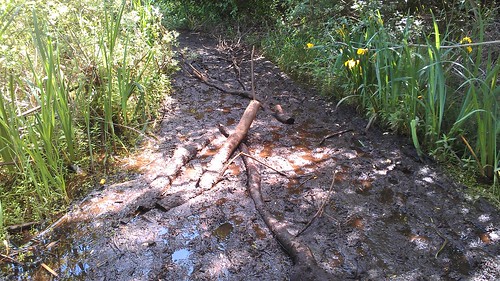 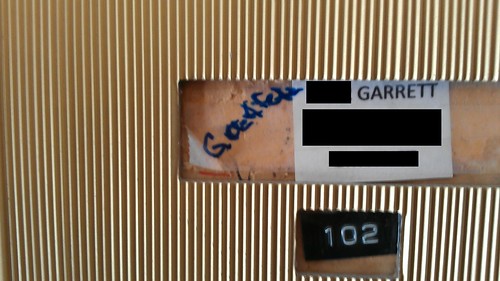 Someone wrote on our mailbox, can anyone translate? Goe feta?, a photo by christopher575 on Flickr. 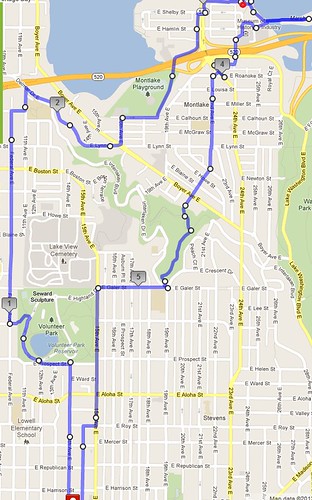 I wanted to check the Foster Island trail, which I've seen from the bus but have never been on. Unfortunately, it was extremely muddy and I had to turn back. When I couldn't do that, I decided to walk back home via Interlaken Park. It's been a while since I did that, and I forgot how hard it is. That, followed by the few blocks between there and 15th on Galer, always makes me feel like I'm about to hit my limit. Then I keep going and feel fantastic. Except for today, because it's all sunny and stupid out. Terrible for walking. Should have gone out when I woke up. 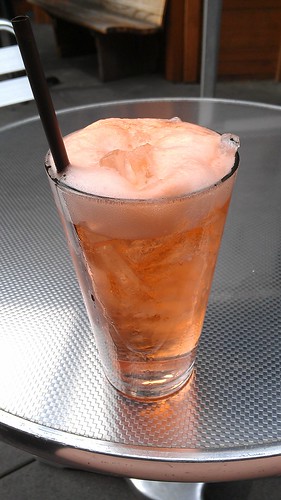 Bitters and soda, a photo by christopher575 on Flickr.