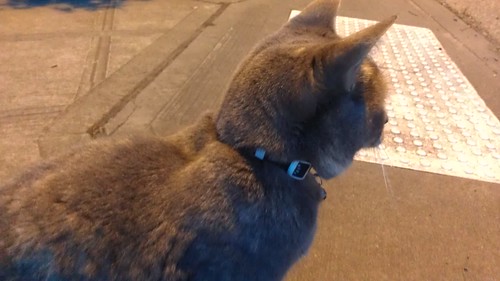 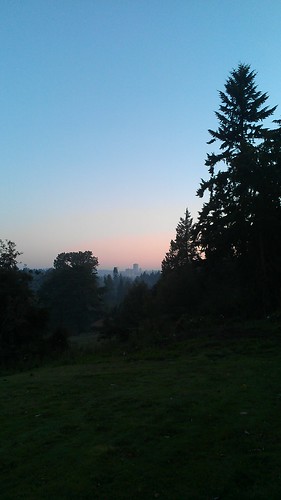 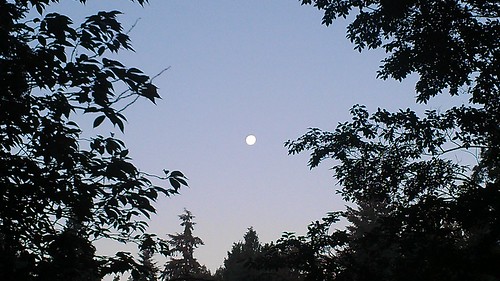 You might recognize him from a picture the other day with the neat blue shadow. He is such an awesome cat. When I showed up to his corner today he jumped out from between some cars to greet me and kept leaping forward a few feet to join me. After I got my picture and turned the corner onto the sidestreet, he kept right up with me, but that time was darting really fast through the bushes next to the sidewalk. He is awesome. He wants to be petted for sure but I've just taken pictures. Some morning I will pet him and see if he's got a name on his tag.

I was dumb and went online and found a cat I'd really like to meet and possibly bring home. Dumb because Garrett's only six days out from his surgery and shouldn't be out and about meeting new kitties. But he is awesome. I'm shocked to learn that he's been in the shelter since 5/19. Anyway his markings make it look like he has hella rad emo hair. So cuuuute. 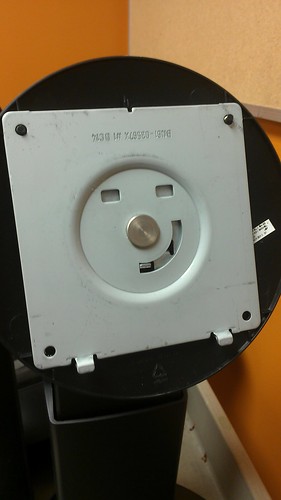 Quit smirking, monitor stand, a photo by christopher575 on Flickr.

A secret gets out because people talk about it in the bathroom without checking the stalls.

Person has to bake way too much stuff, has a streak of flour on the cheek or forehead to imply exhaustion.
Collapse