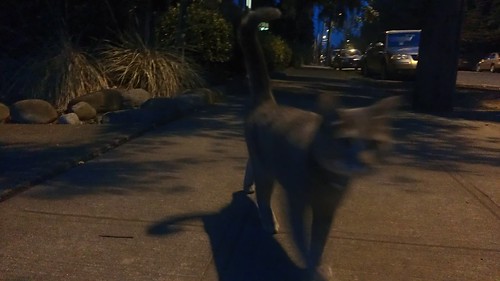 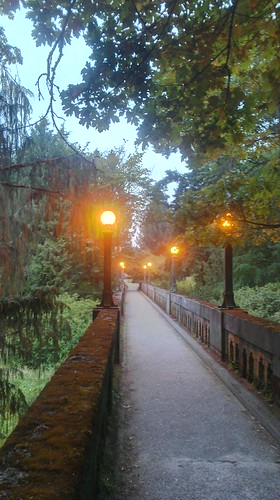 Things are going quite well with Steve. I was worried because I'm used to Sam and Fred being closed out of our rooms at night, mostly because Sam could never sit still and be quiet for very long, and there was no way to have either of them allowed to come back there unless the door was open and they could both come and go as they pleased. We set up food, water, and litter in my room and kept Steve back there while he needed to be sequestered, and for now, he stays back there with me at night.

He's so good. He hasn't bothered me at all. He'll either be snuggled up close with me, or up quietly looking out the window. If he goes elsewhere in the room, he's quiet about it. Enough that I don't even know about it.

He and Sam are getting along when they're allowed to interact. Sometimes they'll run around, but they've never attacked each other, and the hissing and growling seem to be over. And Sam rolled around on his back yesterday showing Steve his cat penis. That's probably the warmest welcome we could ask for.

We had to rearrange the furniture a little bit and that seems to have made Sam feel like his normal route up to the couch is gone and all hope is lost. Steve still spends his time exploring and hasn't really settled into a couch-during-the-evening routine yet. That'll probably take some time. But we're getting there. It's a relief. 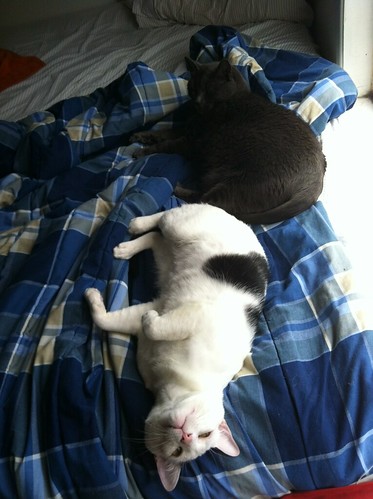 OWS: Cat nap time!, a photo by charlib52 on Flickr.