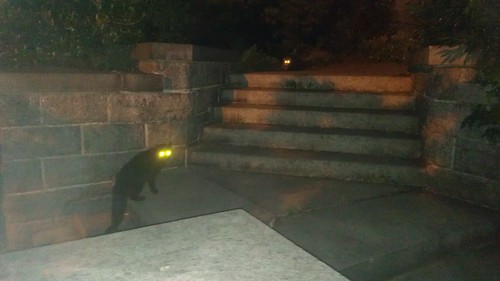 This morning started off interesting. I saw five cats, which was a new record. But then I realized it's because I see more of everything on this new route. People, cars, stoplights. It's kind of annoying. At least the views are spectacular. A lot of my views on the older routes were blocked by trees and such, but I cross two bridges going this way, and get nice, sweeping views there.

Another thing about the current route is that there are a lot of choices once I get to UW. Today I chose to go along the ship canal because I specifically wanted to check out the Montlake bridge's pedestrian underpass that I noticed recently. I don't understand why all bridges don't have this. Stairs that go down one side, little walkway under, stairs back up. Perfect. Smart.

But I wasn't smart to take it today. Turns out there aren't stairs on the other side and you have to go a bit out of your way to get to a dirt road and then double back. But I didn't really care, because I got some awesome pictures. 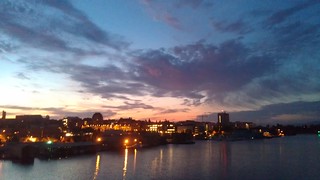 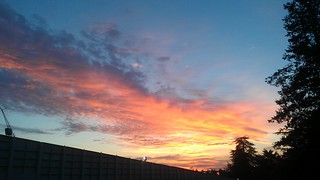 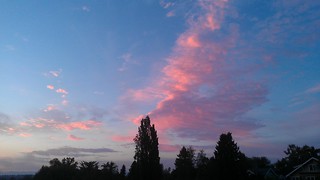 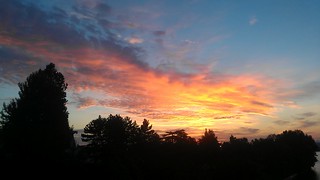 I even stopped a few times getting these, just thinking, not a big deal, I can always take the next bus. Turns out it was running seven minutes late, and I caught it anyway.

1. Reply to this post with I'M BORED, and I will pick five of your icons.
2. Make a post (including the meme info) and talk about the icons I chose.
3. Other people can then comment to you and make their own posts.

)
I was in Tacoma with Helen and saw this mask. I just had to pose with it. I may have been emulating something my friend Traci and I were talking about with some German we met in a bar in St. Louis, which was emulating what a silent fart might look like:

There is an updated version of me standing with it, but I'm having a hard time finding it. Might update this post later.

The best local meme EVER. I was unfortunately away from the computer when Kyle posted a picture of some golden raspberries. His phone borked and sent it over and over and over. He had no idea, and everyone who was watching had the best time watching their friends page get taken over by it. Many people now use the term "golden raspberries" to warn someone that something has double-posted. See flickr for awesome variations.

alexjon and I were particularly fond of this shark photo and I am very fond of his mad MSPaint skillz. I don't want to incriminate us, but this is about someone who was always really rude to someone else about her physical features, which was strange since he had a coral reef growing on his teef.

This is just a random internet picture that I love very much. Here's the full size:

It was cool to hear that

scarletharlot52 is also a fan of the photo and has used printouts of it to annoy other people. Love her.

)
I posted that picture of Fred and

wring said once again that I Fred and I looked alike. The second icon here is from a time njbearcub1 said a Caturday cat's scowl looked like mine. I miss Fred. 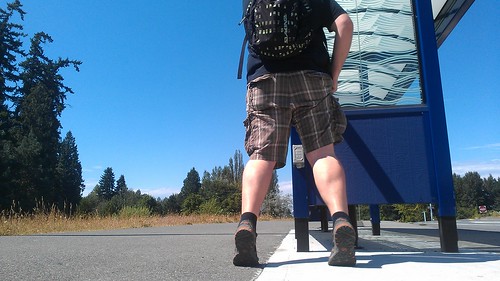 Calf shot for wring, a photo by christopher575 on Flickr.

Glad I got this shot right before the next person showed up. 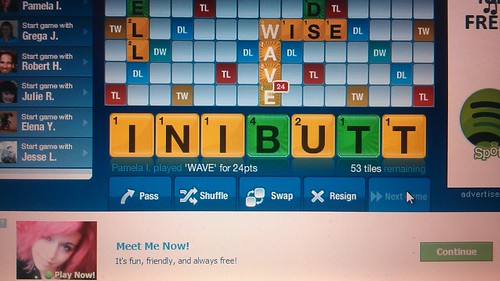