I had to turn off my alarm when I got up early yesterday so it wouldn't go off in my pocket. I forgot to turn it back on! Luckily, I heard Sam scratching in the litterbox at exactly 4:40, so I got up half an hour late and was able to take the short route and catch my regular bus at 5:53.

Speaking of that bus, it was five minutes late today, and it was also packed. I think enough people who would have gotten on the next one were able to get on mine in those five minutes. Funny how such a small amount of time can have such an impact. 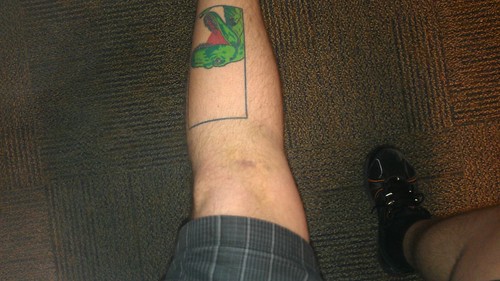 Shoulda got a picture in the conference room yesterday, the lighting made it glow.

EDIT: I found another one on the small of my back when I was stretching before a walk. That was quite a fall. 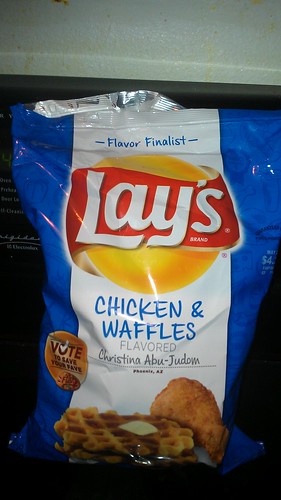 Finally found themmmmm, a photo by christopher575 on Flickr. 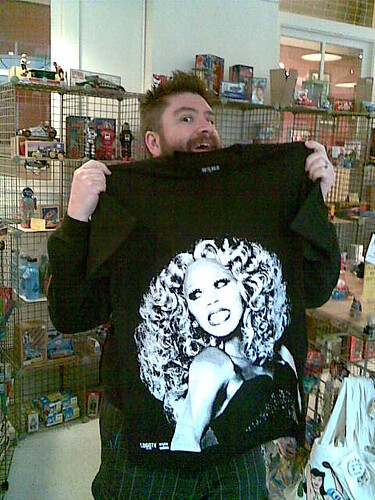 Hey Wring!, a photo by evil robot 6 on Flickr. 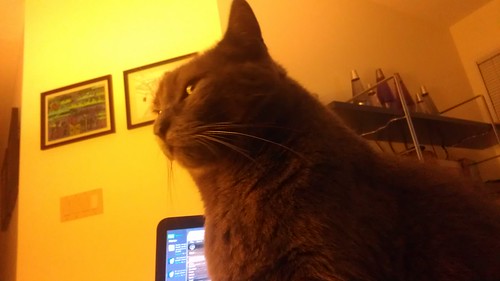 Waiting for treats, a photo by christopher575 on Flickr.
Collapse