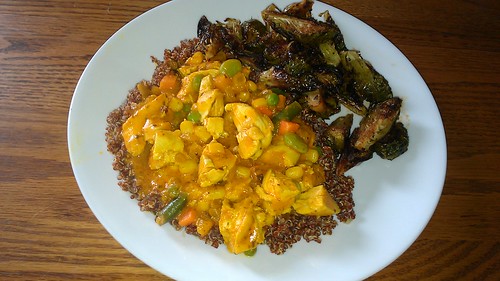 I've tried recipes like this before, but they always said to put the the sprouts back into the hot oven right after the vinegar was added. In my opinion, this cooks the vinegar away too much, so I adapted.

Rinse and dry a pound of brussels sprouts, and peel off most of the loose leaves. Preheat the oven to 400 degrees. Cut the brown dead ends of the sprouts, but not the entire end, or they'll fall apart. Cut the smallest ones in half and the largest ones into quarters. If any look like they'll be too big in halves or too small in quarters, cut them in half, but off-center, then cut the larger section in half, making flat thirds.

Pile the sprouts on a baking sheet and drizzle with olive oil, but not too much. Add salt and pepper, and toss them until everything is coated evenly. Spread in a single layer on the baking sheet without overcrowding, and put them in the oven.

After 20 minutes, pull them out of the oven, flip them, and put them back in, checking after ten minutes. If they look done, pull them out and splash them balsamic vinegar. Toss again, and turn off the oven.

A few minutes before your entree is ready, throw the sprouts back in the oven, just to warm up a bit. Pull them out and plate with your entree, and enjoy! 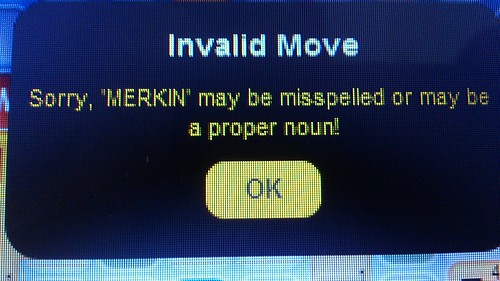 I protest!, a photo by christopher575 on Flickr.
Collapse