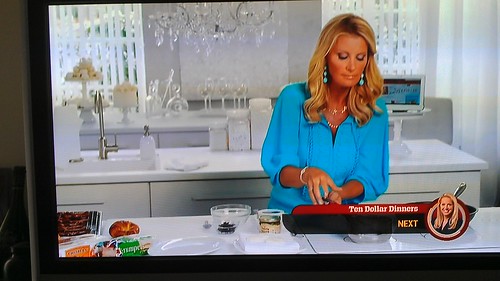 I don't believe in the afterlife, but if there's a heaven, I would want it to look like this, a photo by christopher575 on Flickr.

Weekdays this month, I'm posting about the podcasts I listen to in the order they appear in my Itunes.


There are lots of sources for progressive news out there, but I prefer mine with a lot of comedy and profanity. Jamie Kilstein's a stand-up comic, Allison Kilkenny's a journalist, and they're married with two cats. They're member-supported and have no sponsors, and obviously enjoy freedom this allows.

They don't necessarily jump immediately into stories, either. If you can't make it through the "douchebag buffer" at the beginning of the show, the show's not for you. They're vegans, they're badasses, and they're hilarious.

Citizen Radio is on every weekday, and my morning at work never feels right if they need to take the occasional day off. I'm currently a Dirty Hobo-level supporter ($5/month) after a couple of years as a Miscreant ($25/mo) which I had to scale back when I decided to start saving up some money and doubling my retirement fund contributions each week.

It's the first podcast I ever started listening to, and would be my choice if I could only ever listen to one.

By the way, I found the show after randomly seeing this video of Jamie in some RSS feed: