I really enjoyed Jen Kirkman's book which came out a few months ago, I Can Barely Take Care of Myself, but I got tired of her Twitter because she's one of those celebrities that engages people who don't like her too much. Sure, the jerks should be called out for their crap, but when that's most of what's going on in the feed, it's hardly worth reading.

I'm glad she started podcasting. So far, she just sits in her bed and talks for a while about whatever she's thinking about. On the most recent one I heard, she started reading some listener emails, and hopefully that'll be the extent of the show's "features." It's more fun to just hear her train of thought pull into the station, depart late, and jump the tracks. 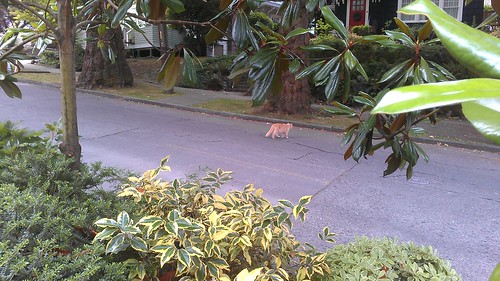 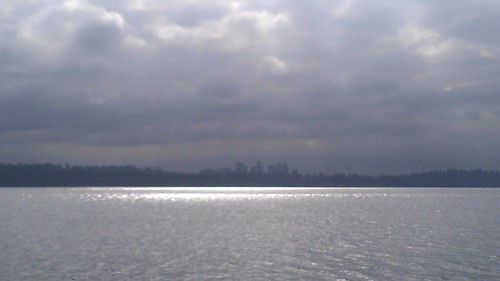 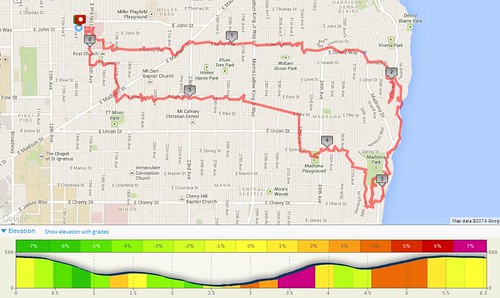 Today I learned that if I walk straight to Madrona, it's not far enough and
I won't want to take the bus back up. I also learned that if the sun comes
out for a bit, the walk back up is extremely brutal. And that I should pay
attention when a sign says dead end. And that Madrona Park is overgrown and
there's no way through it. Yeah, those two parts in the lower right are not
errors, I had to double back twice. 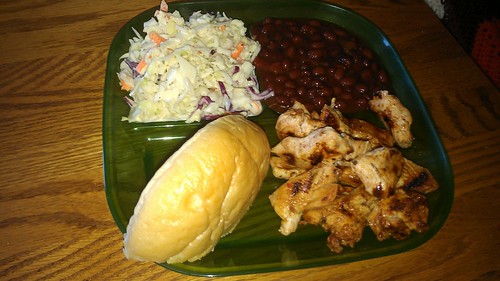 I made dinner, a photo by christopher575 on Flickr.

EDIT: Oh man, that coleslaw was the bomb. I made the dressing out of mayo, rice vinegar, brown sugar, salt, pepper, and a clove of garlic.