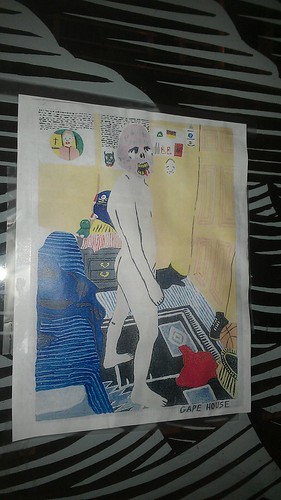 At the bus stop, a photo by christopher575 on Flickr.

I like turnstiles because they represent a security policy that's actually enforced rather than expecting people to comply while also policing each other. I work in a secure building and we have to use our badge to get inside, but if someone tries to come with us, we're supposed to make sure they swipe their badge and confront them if they don't. I think that's dumb. If you want to make people use the badge, hook it up to a turnstile.

But since there isn't one, I prefer to avoid having to be the enforcer. My favorite place to avoid that duty is the walkway between my office and the cafeteria. There are glass doors at either end so you can always see if someone's behind you, and the way I like to do it is to walk quickly, open the door just far enough so I can slip in, and let it close behind me. 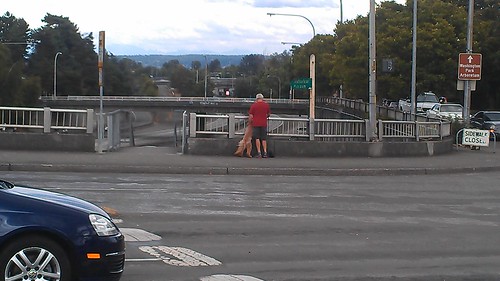 You know you're loved when your man and dog wait like this every day., a photo by christopher575 on Flickr. 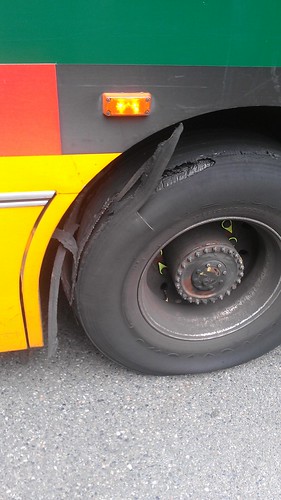 The bus was pleasantly un-crowded and I thought, something's gonna go wrong. Within minutes, a blowout.