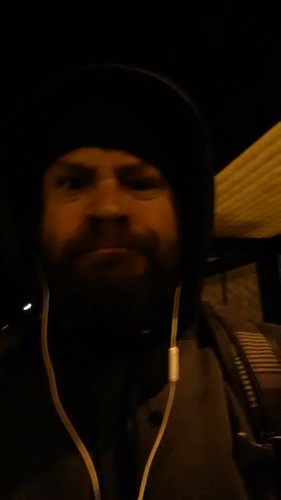 I already wake up a several times during the night, and on nights when a lot's on my mind, it's extremely hard to get back to sleep. Due to a family emergency I won't be getting into right now, when I got up for a bathroom break at 12:30 or 1am or so, I just couldn't get back to sleep.

I gave up at 1:30 and watched an episode and a half of Buffy, which is finally getting really good. I probably could have slept several more hours after that, but Sam moved around too much. After a while of snuggling with Sam behind me and Steve in front of me between the blanket and sheet, I checked the time and saw that it was 3:33. I normally get up at 4:10 and can either catch the 5:23 or 5:53 bus depending on the length of my walk, so I decided to get up and go, taking the longer walk, but still being able to catch that first bus.

It was nice, except that I arrived at the bus stop at 5am sharp. Normally I've only got about 10 or 12 minutes to kill waiting for the bus, but today I had twice as much, and I'm pretty sure that this was the coldest morning this winter.

I survived, but I'm exhausted, and I've got a pretty long day ahead. But it's a good thing. An old coworker saw on FB that I want a cheap treadmill, and he has one to get rid of. It just so happens that he has to go home to West Seattle to get his wife before returning to my neighborhood for a dance lesson, so he's just going to pick me up so I can check out the treadmill, then drive me all the way back. So that's nice. 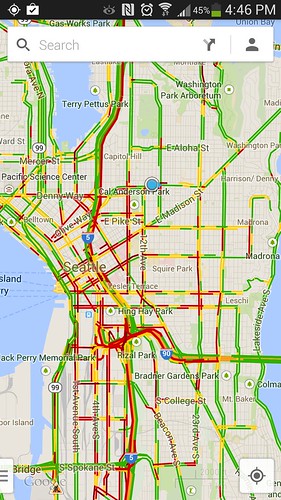