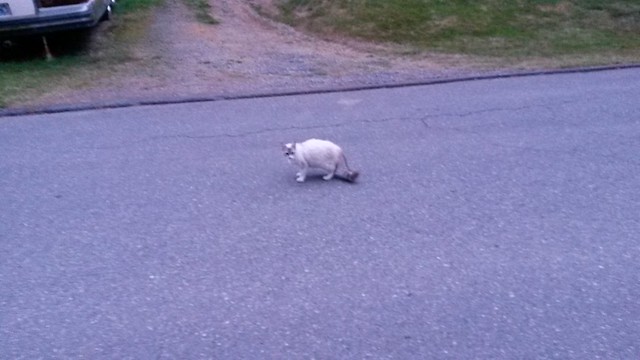 - I can't remember what day I started the PT, but we moved in a month ago yesterday, and the move was what killed my back, so it's been a few weeks. Enough that the major all-day sort of pain is mostly at bay. I was hoping to walk one day a week and do PT the other four, but I got about six blocks before the pain was really awful. I kept going anyway, because I wanted to see Pigeon Creek Beach, but the road I was planning on taking is actually a City of Everett utility road with No Trespassing signs very clearly posted. The good news is that I was able to confirm that one of shortcuts in my neighborhood that I've spotted on the map is, indeed usable.

- The first house issue has sprung up! It's the garage door opener. Not surprising since it's obviously very old. Probably the heat yesterday that did it in. Not that the unit itself couldn't take the heat, but that the metal tracks and stuff expanded enough to jam. And it works, it just won't stop working, so it needs to be unplugged to get the motor to quit running. As soon as I'm done posting this, I'm going to plug it in, open it, unplug it, move my car to the street, plug it in, close it, and unplug it. That'll be a bummer on Thursday when I take out the trash and recycling. Oh well. 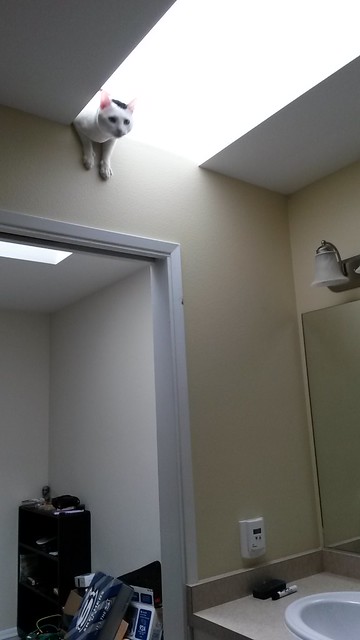