Which isn't to say that it feels perfect. It just feels like the normal level of pain that I've dealt with most of the time, for a long time. I went for a walk in the fog yesterday and never did any PT, and I think I'll just keep up with the walks for now and see what happens.

For those who don't know, the original injury happened (I think) in 2000. I'd just done the MS Walk with my coworkers, and as we were heading back to the cars where we'd parked them at UW, I saw some small climbing rocks. I decided, stupidly, to run up one and jump off, and landed with my legs too stiff. The immediate blast of pain in my lower back was so intense, I was surprised to be able to walk the rest of the way to the car. Over the next couple of years, it bothered me daily, though not necessarily in a painful way. Weird, shocky sensations when I would move certain ways, especially when I would bend in the shower.

Eventually, it went away, but it was aggravated again a few years later. A friend asked me to drive about a half hour outside of town to adopt a dog in the morning, and I agreed, but said I didn't want to be involved in her move, which she was doing that afternoon. Right when it was time for me to go home, she realized that she forgot to write down the phone number for the guy who was supposed to help her, so I got roped into it anyway. And she had one of those damn fold-out couches that feel like they're made of lead. So, after a couple of years of no issues, the pain was back. In 2008, I was walking down the hallway at work, and out of nowhere, an explosion of pain that felt like the original injury at UW shot down my legs, and I could barely shuffle back to my desk. My plan that afternoon was to meet up with a guy who'd recently dumped me at the movies (a first, "we can still be friends, right?" kinda meetup), but instead I had to ask him to pick me up at work because I wasn't sure I could make it to the bus stop down the street.

That made it serious enough to seek medical attention. A couple of specialists had a look and figured out that I had a bulging disc. And no, I don't remember which one. Everyone always asks me which one. They sent me to physical therapy, which worked out pretty well, though the therapist confirmed what I feared. It would never be truly better, just under control.

I call it "museum back." Standing around or even walking slowly just kills me. Sitting for too long does as well. Walking isn't an issue if it's under control. I could walk for a couple of hours, but standing at a bus stop for ten minutes to get home was torture. So now I want to get walking again, because if it hurts when I walk, that's how I know it's not under control. I can't judge it by the way it feels when I'm sitting at home all day, because that hurts anyway. And trying to replace walking with strength training doesn't help, either, because most of that is done while standing. So, walking it is. That's what's made me happiest anyway. 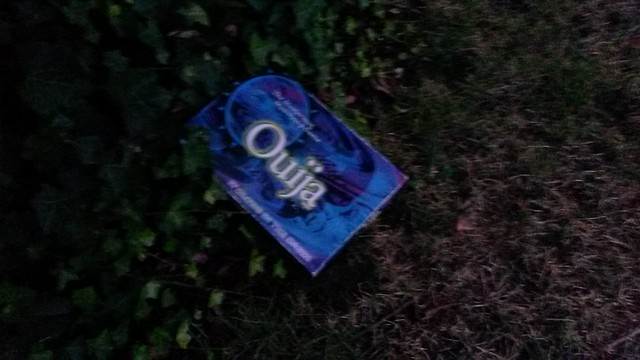 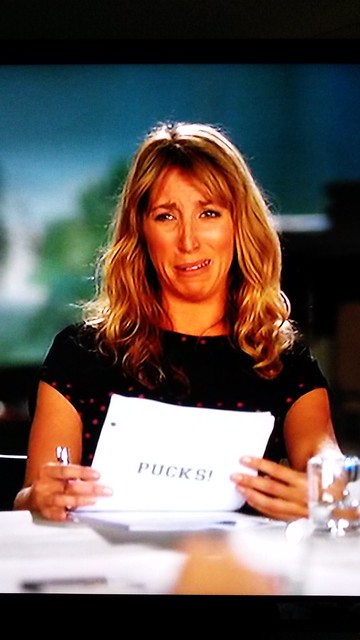 Episodes is such an awesome show.
Collapse