How appropriate that I just woke up from a dream that he was a major star in. We were at home (a completely different, but also very cool house) and I was having a look at the permit he'd obtained to hang out at a certain area to film some sort of airplane test. I heard some noises outside and went to investigate.

This particular house had a huge ravine behind it that had tons of small trees and bushes in it. Off in the distance I could see something black moving around. At first I thought it was a wild boar, but then I was pretty sure it was a bear. I ran back inside, hoping to just go to bed and never see any more wildlife.

Back inside, I heard Garrett say, "Come here, Sonya!" which I thought was weird. He started bringing some big boxes out, which I thought were for recycling, but he reached into one and brought out two bear cubs. They were so cute and cuddly, but I said he had to get rid of them immediately. If their mom didn't kill us, they'd certainly do it themselves once they were big enough.

I spent the rest of the dream walking around the house checking it out, and was glad when I woke up. The cubs were still there the whole time and I just wanted them gone.

For some reason lately I keep thinking about the stuff that I've owned the longest that I use all the time. I've had the same wallet chain and keyring since college. One of the things I've had the longest is my Braun hand blender, which is the first immersion blender to hit the market that I know of.

I'm pretty sure I've had it for 25 years now. The way I figure that is that there was one in Total Recall, and that came out in 1990. It's worked great ever since then, and I think the main reason it's so sturdy is that there are no removable parts. It's just built well.

I've been aware for a while now that you can put wine in a blender to rapidly age it and improve the taste, and the results of a taste test on the show Hack My Life convinced me to finally try it. I figured if I liked the results, I'd probably want to do it pretty often, so I brought the Braun downstairs, along with a big Slurpee cup to blend it in. It really does work quite well! Franzia burgundy's our house wine, and blending it for a few seconds makes it taste like something that costs at least 5x more. 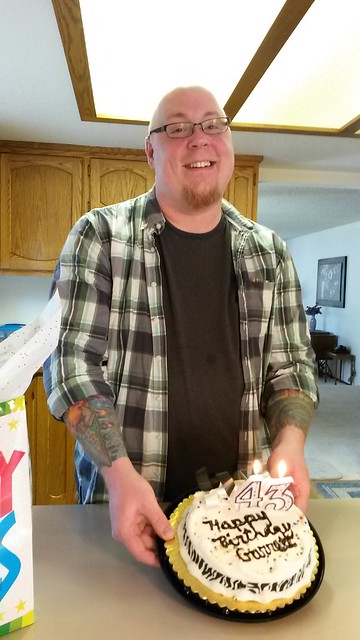 No cake for Bella. 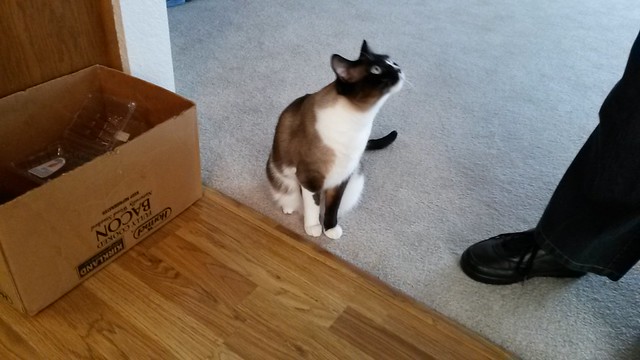