Back pain comes and back pain goes. I decided at some point yesterday that I'd do yoga today instead of a walk, and I decided during that yoga that I'm probably doing yoga all week. We have some travel coming up, which means lots of standing around and lots of sitting in uncomfortable chairs, so as much yoga as possible up until we take off is probably for the best. I might get some swims in as well.

As is my tradition, I'll post about the travel as it happens.

Things were pretty chill compared to last week, so I took the opportunity today to get out for lunch and a movie. House special banh hoi at White Lotus: 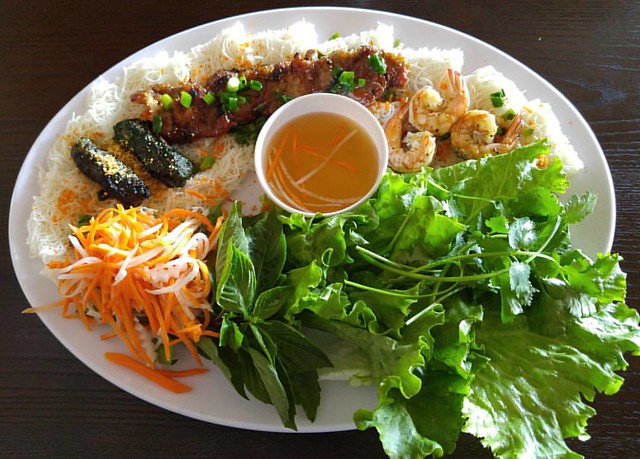 I ordered it with no meatballs, since those always make me burp for hours. Not pictured in the photo is the shrimp cakes on sugar cane, because they forgot to plate them, but brought them out less than a minute later on a different plate. Those were made in a way I've never seen done before. Normally the sugar cane is at least the size of, oh, a third of a cigar? Two tater tots laid end to end? A big piece of sugar cane that I always enjoy chewing on, that's too big to actually eat. The shrimp paste is formed around the end, kind of like a giant match head. The whole thing is cooked together and it's delicious. This time, the sugar cane pieces were tiny sliver, and I was actually able to eat them. My guess is that they were running out of cane.

After lunch, I popped into Old Navy really quickly and found a pair of lounge shorts and a pair of shorts for walking in, then I saw The Walk in 3D. It was really cool. I saw the documentary, Man on Wire, when it was released, and of course enjoyed it, but also thought the reenactments in it were really goofy. The Walk was a very well-done dramatization and I loved the way it looked. And the walk occurred just a few weeks after I was born, so it was neat to see a little snapshot of the world as it was when I arrived.

I noticed how well the door of my car lined up with the car in the next spot over when I got into the car after Old Navy and it was so very satisfying. 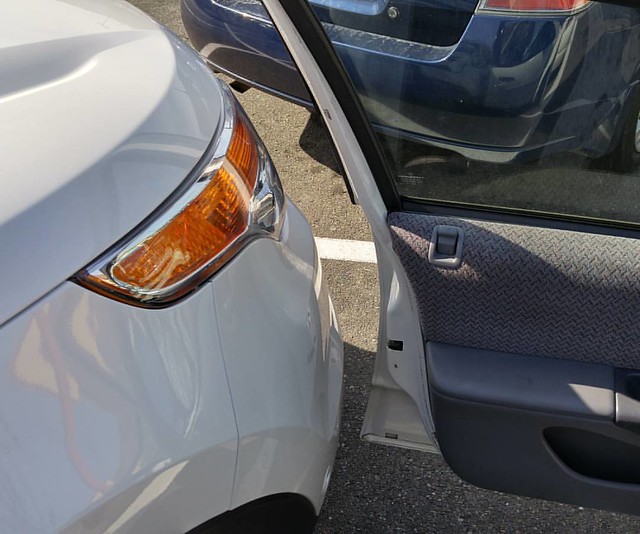