I took all four days of the four-day weekend off from walking. The trip to Howarth Park and back was a bit more than I felt like doing, so I figured I'd do a loop in the park and see where the morning took me. I probably could have started the week with a walk somewhere flat, and figure the quick climb so early in the walk is why my shin started hurting pretty early on. But shin pain isn't like back pain, and it usually goes away, so I pressed on. Figuring it'd behoove me to stay close to home, I just went for a second lap through the park. 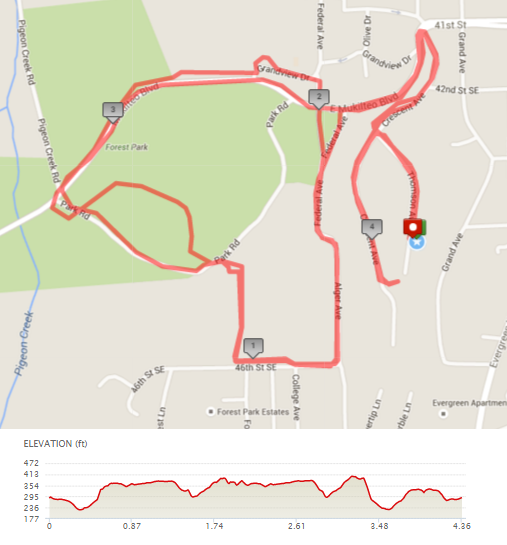 It'd been a while since I walked down the street next to ours, so I figured I'd do that and take the shortcut home. Unsurprisingly, there was a fallen tree in the shortcut and I had to turn back. I was ok with that, though, because it just added to my distance. The shin pain had gone away long before that, anyway. One of my neighbors walks up and down our street and maybe the next street over. I can see why he would do that, they're both very nice streets. I don't like too much repetition, or I might do the same thing. Maybe 20 years from now.

It was a little frustrating seeing how underutilized the pool at the park was early today. I'd love to go tread water in the mornings, but the lanes are reserved for lap swimming, and the rest for parent-tot swim. I saw maybe one person in a lap lane, and, strangely, a few older women in the deep end. There might be a class that shares the pool with parent-tot, I'll have to look at the schedule.

I suppose I could also try lap swimming. I'm not a very fast swimmer, so laps seem a little intimidating to me. But one of my big dreams for this house is to have a swim spa, and I'd be swimming in that rather than treading, so maybe I should try it out. Now that I think about it, this week would be a smart time since a lot of people who go before work might be out.
Collapse