Years ago before I even discovered podcasts, I'd mostly listen to music at work. Streaming stuff so I could hear things I wasn't already familiar and once in a while find something new to buy. My favorite service for this purpose of all time is Digitally Imported, also known as DI.FM. If you like electronic and dance music, that's a great place to hear it. I just counted, they've currently got 91 channels. If you're after a particular electronic genre, you can probably find a station dedicated to it.

The station I was most drawn to was Electro House, and I soon discovered my favorite show, DJ Anna Kiss's Lip Locked. It's syndicated on tons of stations, but what ended up working best for me was to listen in iTunes so I wouldn't have to tune in at a certain time.

She's really cool and we're friends on various social networks, and I even got the chance to hang out with her for a while in Portland when I went to her show. That night was a bit of an ordeal for me as she didn't even go on stage until 1am, about four hours after I arrived at the venue. It was still a great night and I've listened to the recording so many times. 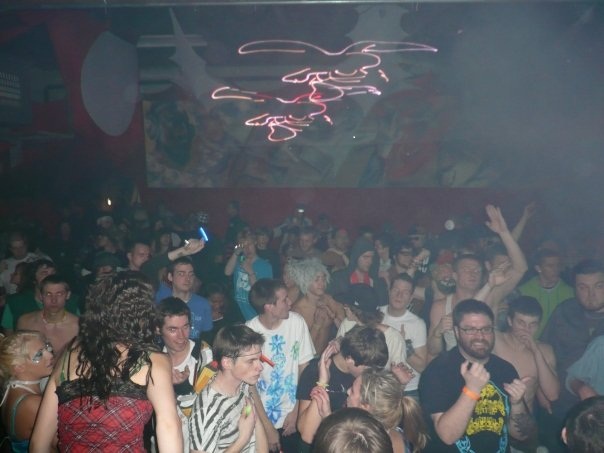 There I am in the front row. That's where the icon for this post came from, too.

I didn't make it down the second time she played Portland, but

notlostonme and I got in for free when she played in Seattle, even though our names never made it onto the guest list.

What you've noticed by now if you've read the descriptions in the links is that she's a very versatile DJ who plays a lot of genres. To me, that's the best. Unfortunately, from what I can gather, someone with a vendetta against her used her versatility as a basis for a coordinated campaign of complaints to DI.FM and she lost her spot. So that's a bummer, but it's just one of her online venues. She fell out of the habit of updating iTunes, so even though I've kept up with her comings and goings online, it's actually been a while since I heard her show! I mentioned it a few days ago in a Facebook comment and she almost immediately got through her entire backlog, and everything's up on iTunes. The least I can do is try to listen.

The podcasts are an hour each, and that's how long I swim, so it's perfect. This morning I emptied everything off my waterproof iPod except the new KMFDM single, and put on the latest Lip Locked. Unfortunately, no matter how many times I hit the button, it wouldn't shuffle onto Lip Locked. When I got home, I pulled everything off but it, and tested to make sure it played. It did, so that's what I'll listen to when I get back to the pool on Tuesday, and I'll work my way backward with the old ones and forward as they come out for a while. I'm pretty excited.

While it was a bummer that I didn't get to hear Lip Locked today, the KMFDM single was a good consolation prize. Listening to all those tracks again really took me back, and also made my hour in the pool fly by. It was a strange day at the swim center. Two lap swimmers and one woman in the deep end when I arrived, and I had the pool to myself for the last half hour of my swim while one guy used the hot tub and one used the sauna. The sauna guy left before I got out of the pool, and I ended up in there for a while before I left. I eventually realized that the instructor who coaches lap swimmers on Tuesday and Thursday wasn't there, so maybe he notified a bunch of people ahead of time that he wouldn't be around, and they all skipped the day. 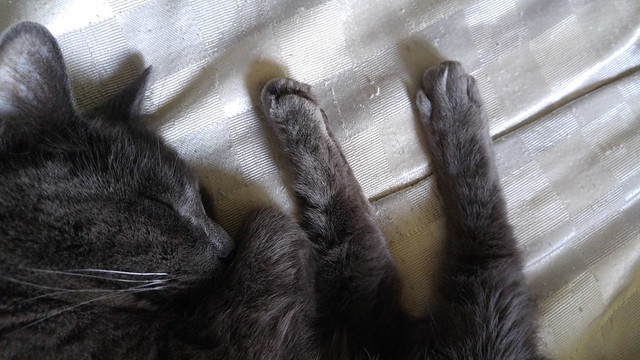 I'd keep this one for myself if I worked in an office. Perfect little desktop garden. My desk is quite small and there's no room for such things. And we're mostly out of surfaces around the house to leave things on. 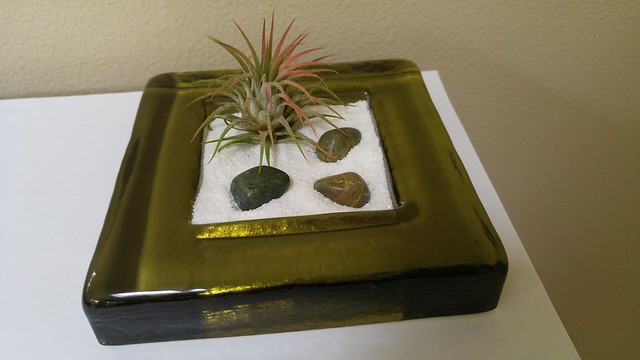 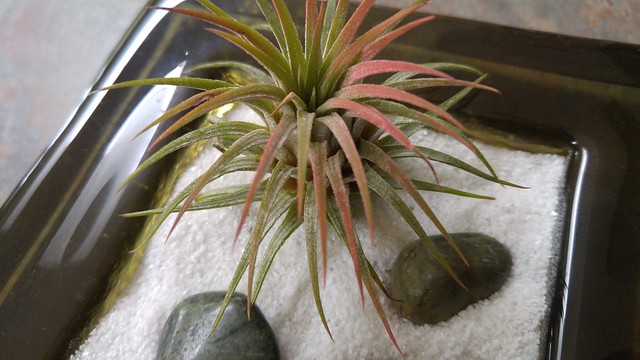 This is my first item in the shop that features tumbled rocks, which is what I named the shop for. The last time I made some wire wrap jewelry, it was really hard on my hands. I suppose I should learn some hand exercises and make some more, because I really like how that one came out. It was a gift for a friend. I couldn't decide which side should be the front, so I made it reversible! 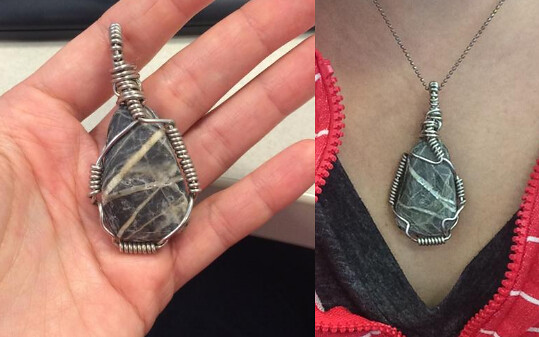