Time passes most slowly when the amount of time one has to wait is longer than what was originally expected. A major example in my life was when we bought this house. A typical closing period is 30 days, but the seller was moving across the country and asked for six weeks. We agreed and I'm pretty sure that's a big part of why our offer was accepted, which is fortunate, because our original offer was also our maximum budget. That was only 12 extra days, but it made that closing period feel so much longer.

I set out last Thursday to buy a bed, hoping to have it delivered the same day, but since they don't keep that size in the showroom, I've had to wait a week. It's being delivered tomorrow, and Thursday last week feels like ages ago. Although last night wasn't quite as bad as many have been lately, I can't say I've slept well since we left Carlton. I'm excited about the new mattress, but I also realize it may take some time to break it in. There are probably lots of naps in my future.

It was nice to get back in the pool today, which was closed Monday for Labor Day. I was sad because I didn't see Zoey the entire time I was there, but I found her on my way out the door. 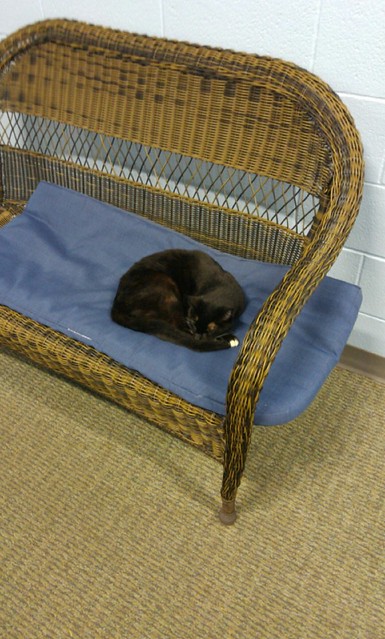 Oh and speaking of real estate, it's funny that RedFin is investing so much to advertise to me. Last week I got a letter from them in the mail trying to get us to sell the house, citing a 33% increase in value in the 26 months since we moved in. But it's their other advertising targeted to me that makes me specifically not want to move. They keep showing me houses on Facebook that are smaller than ours, ugly inside, not walking distance from anything, and way more expensive than ours. Once in a while they're big and on huge plots of land, which is interesting, but for the most part, they're smaller than ours. Everett really is magical. We love it here and it's so much cheaper than just about any of the other cities nearby.
Collapse