My anxiety about this week at work was based on an unfiltered list of production items, many of which didn't end up in my batch to test. What I have to actually get done is much more manageable and I'm not worried about it at all, so I went ahead and hit the pool this morning. When I got there, I saw a poster for their Halloween pool party, which I think is odd. Seems like you can have a costume, or swim, but both? Hm. I really only mentioned it because that was on the way in, and there was a very creepy black ball of fur on the front desk, and it was moving. Turns out it was Zoey. She was just grooming while facing the other way when I walked up. 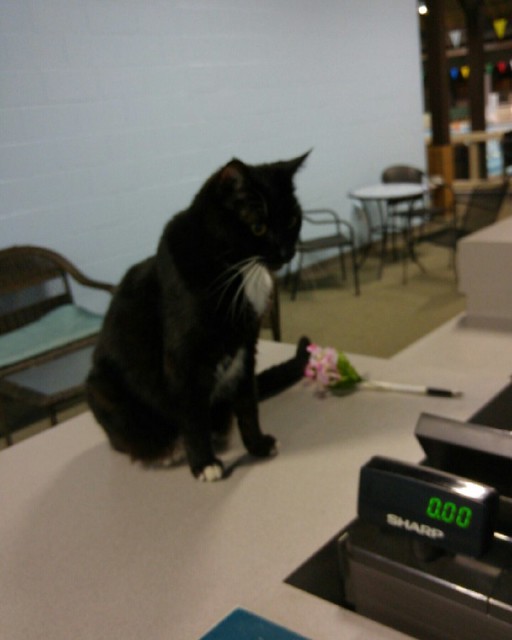 I ran into her on the way out as well.

EDIT: I forgot to mention, today's swim soundtrack was Lip Locked 370, and that one's really good. She had a guest in the studio and they took turns playing three songs each.
Collapse