Since I knew there was only one case on the market that fits my new phone with the camera add-on, I didn't pay for expedited shipping when I ordered the add-on Sunday. No sense spending $15 to get it in a hurry when the case was coming from Korea. But it came in yesterday's mail! Three days isn't bad for a Sunday order when it's not expedited. 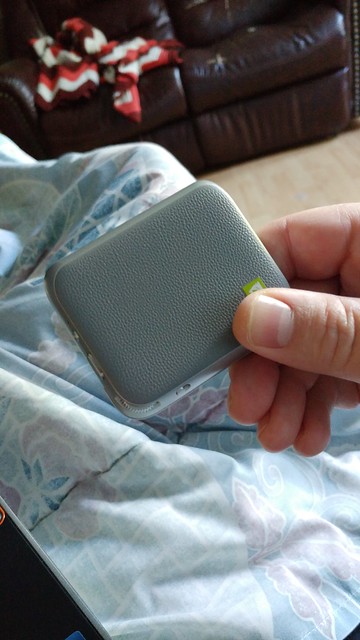 It's pretty neat. There's a switch to quickly turn the camera on, a shutter button that focuses when you press it halfway down, and a dial for zooming. But the most important part for me is the extra battery life. As far as I can tell, it kicks in whenever the main battery goes below 100%. I'm fine with that as long as it still works once its personal battery dies. I have my doubts about that, though, since it wouldn't work straight out of the box and had to be charged for a while first. Guess we'll see. Since I'm sick, I didn't have my normal phone-killing morning at the beaches and tank farm.

Another thing that didn't happen was my Wednesday swim, which is funny, because I was looking at some new swimsuits on Amazon on Monday and noticed that several could be delivered for free that night if I ordered over a certain amount. I got four suits, three of which were part of that offer, and all of which were free because I paid for them with points from my credit card. Of the three that I tried on, two were pretty good, and one would probably be ok after wearing it for a while. That one will go way back in the drawer and come out if there's an emergency.

One pair's longer, like bicycle shorts. That style's pretty popular these days, I guess because a skin-tight garment is somehow so much more modest if no thigh is showing. I mainly got it because my options for the free same-day shipping were limited. What's really weird is that I've gotten so many from the same company, and the fit across styles is so wildly different. Makes me wish Old Navy made more stuff. They're very consistent, they just don't have much to choose from.
Collapse