I've tried a couple of times to upload today's photos to flickr and it hasn't worked yet. There are a couple there because of Instagram and I emailed the walk map in, but nothing else has shown up yet after two attempts. While I wait, here are both sides of that rock I found Friday. 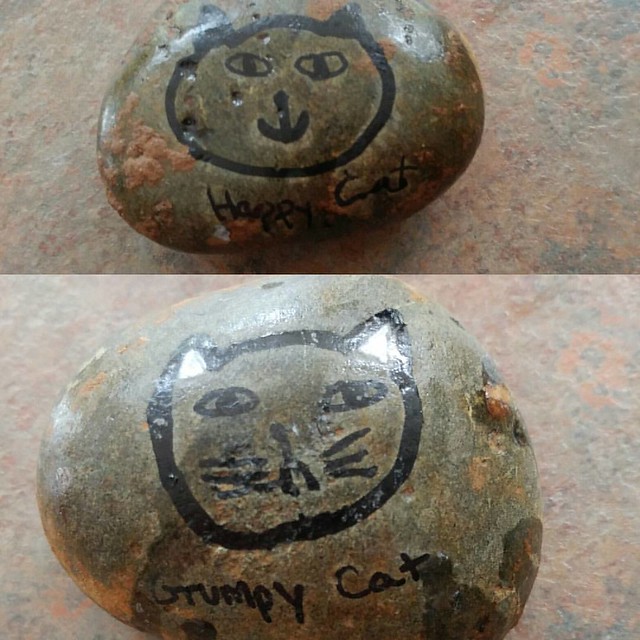 I was a little weirded out this morning as I drove into my normal Sunday spot, the Langus Riverfront Park and Spencer Island. There was a car behind me, and then up ahead, I saw two more. There's never anyone else on the road, at all. As I pulled in, I saw that there were tons of cars parking and people with flashlights and clipboards for some sort of event. I probably could have still walked there, but I go there for the solitude so there would have been no point at all. I got back in the car and left without asking anyone what was up, assuming I could figure out what the event was on the internet. Unfortunately, I haven't been able to figure that out. How the hell do hundreds of people drive up to an event without there being something about it you can find on Google? So weird. I could have just driven to one of my other spots, but since I won't be swimming this week, I'll use them all throughout this week, so it made the most sense to try something new. I looked on the map and found the next major park up north, Jennings Park in Marysville.