Shortly after my morning swim, it was time for my haircut. I texted my barber Monday asking if I could make an appointment for today at 9am, and she said it was all mine. I'm going to start making appointments from now on because last time, I had to sit through a couple of haircuts before mine, and one of those included a very loud, long, and obnoxious political rant. I still happened to be the first one there today, but another guy walked in just a couple of minutes after I sat in the chair. 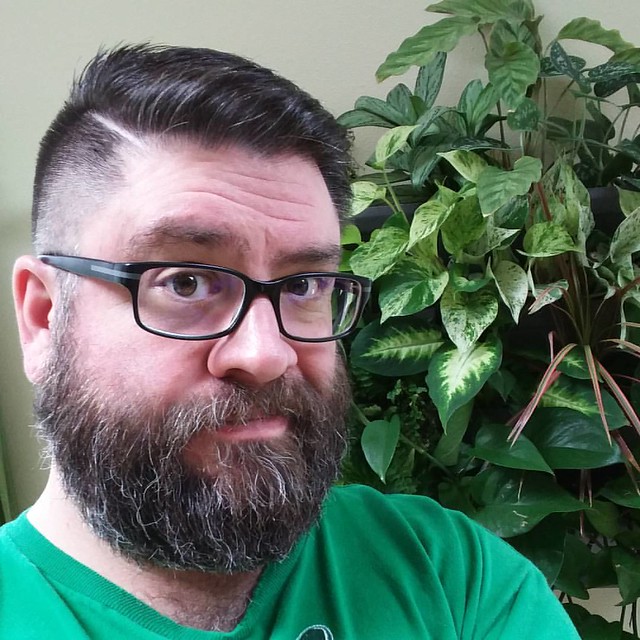 I found the setting a while back to make the front-facing camera show a correct image instead of the mirror image, and that setting carries through into Snapchat, but I decided I prefer the mirror image. It's the way I'm used to seeing myself in the mirror, so it should also be how I set up photos and videos. I'm telling my own story, after all. I've overthought it, I know. Most people just have it in the mirror setting when they get the phone and leave it that way forever.

Not much else going on today. I got the garbage and recycling ready to take to the curb tomorrow. We don't have a sidewalk, is the side of the road still called a curb? It's still curbside recycling even if there's no sidewalk. Again, overthinking. I thought about doing dishes, but decided that what's dirty now plus dinner tonight and breakfast tomorrow will be a perfect amount to fill the dishwasher. I think. I'm trying to catch up on the backlog of Valerie Bertinelli's cooking show and making good progress. She's making me very hungry, though.
Collapse