I've been doing Thursdays at the tank farm so consistently for such a long time now, it feels really weird to have skipped it today because of the cold weather. The temperature should be in the 30s tomorrow, though, so I'll just do it then. This morning I did the Yoga for Your Back video again, but with my first yoga mat because my left knee is a little sore. That mat is thick and, while the padding helped a bit, I remembered why I stopped using it. The mat stretches quite a bit, which makes planking and downward facing dogs really hard. The moment I was done, I took it out to the curb with the rest of the garbage and recycling.

I kinda want to go out to lunch today, and often do on Thursdays, but I have lunch plans tomorrow, Monday, and Wednesday. So maybe staying in's a good idea.

I'm getting used to pomade in my hair and starting to really like it. It's annoying that my hair can get messed up if I bump it against the ceiling in my car, but what's nice is that I can just push it back into place. This morning and yesterday, I was even able to come it mostly back into place after waking up, which is saying a lot since the CPAP strap pushes such a big valley sideways across my scalp all night. With gel in my hair, even wetting it was rarely enough to allow me to fix it.

The tattoo's doing well. Dry and itchy, right on schedule, but mostly healed.

We switched the cats' feeding schedule and they're not quite used to it. I used to feed them at lunch time, then Garrett fed them on our way to bed. Now he feeds them really early while I'm out walking, and I feed them right before I start making dinner. You'd think they'd like it more because it's not as long between dinner and breakfast, but you'd think we stopped feeding them altogether. Sam's also decided to start peeing on the bath mat. Jerk.

I wonder if they also hate when we have Christmas trees up. Probably. 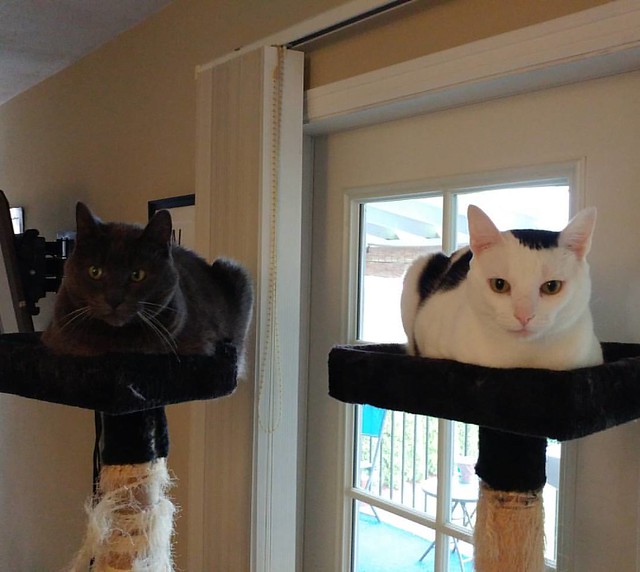 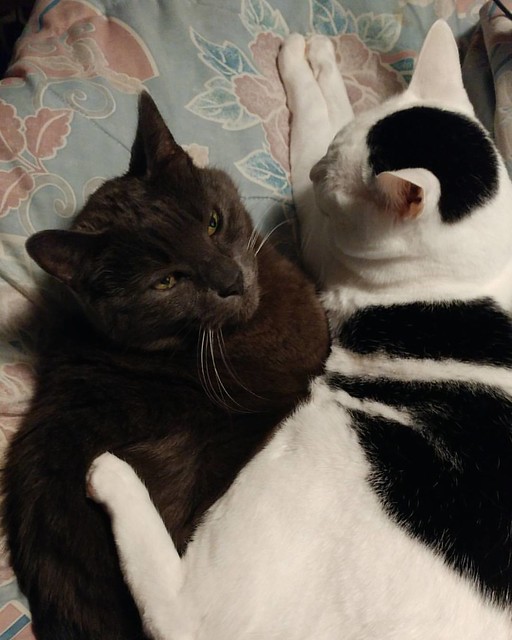