I noticed a sign at the front desk at the pool last week alerting us to a high school swim team that would be using the pool for a week. It didn't really matter to me, because they'd be using three lanes, and I don't swim in a lane at that pool. Plus they'd be there from 6:30-7:30, so I'd be in the pool when they arrived, and I'd be gone when they got out. Today turned out to be the first day. They normally only have three or four lanes set up, but today they went all the way across, six lanes. The students used the first three, the rest of the lap swimmers used the next two, and the folks who like the shallow end but not for lap swimming used that last lane as a small version of the territory they normally have. I'm sure the lap swimmers didn't like it much, but it's just for a week.

The high schoolers weren't the only group that's not normally there. 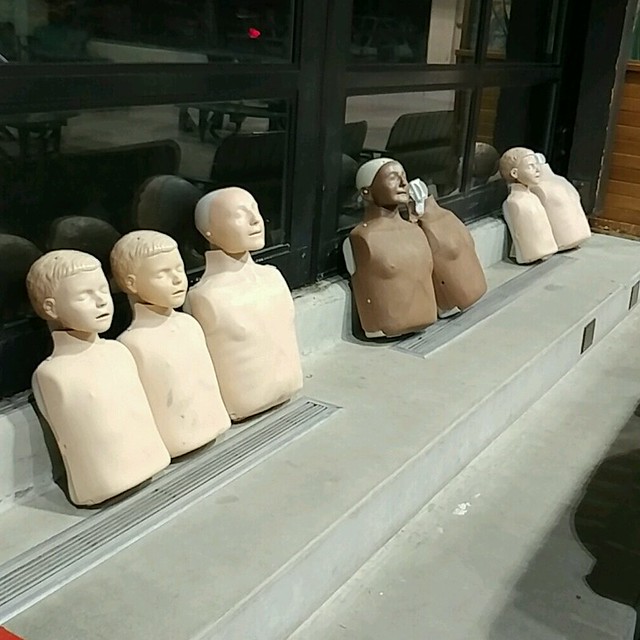