The term "zeitgeist" has fallen out of popular use, which is funny because 2016 is the type of year with a really distinct one. It'll be interesting to see what 2017 holds, because I've always maintained that it wasn't a particularly bad year for celebrity deaths, but a tipping point into what the future of celebrity death will hold. The older movie stars and younger musicians we lost are from eras when their artistic genres began to explode, so there are just more of them around than there used to be. Not to mention the fact that there are tons of older musicians still out there touring.

The more dreadful aspect is politics. Election years are awful because of the endless campaign and looming threat of the shift of power to republicans, and now they have it all. Trump's behavior is so bad, it's like he's trying to get out of a job he doesn't really want to do, but that he'll also take as much advantage as possible while trying to be excised from office.

That's really all I have to say about it. Mostly I just wanted to mark the occasion with a quick entry while I drink my coffee before I head out for my walk. We didn't do anything for NYE last night and haven't in a few years, but have enjoyed our own tradition of New Year's Day bloody marys (bloody marias for me) for five or six years now. It ended up happening because Bev gave us a pack of five different bloody mary spices for Christmas one year, and we had a fantastic time drinking them while watching a marathon of My Strange Addiction. Hopefully there will be an equally good TV marathon today, but we haven't been as lucky in that department since that first one.

EDIT: I lied, we're drinking caesars instead of marys. Much tastier. 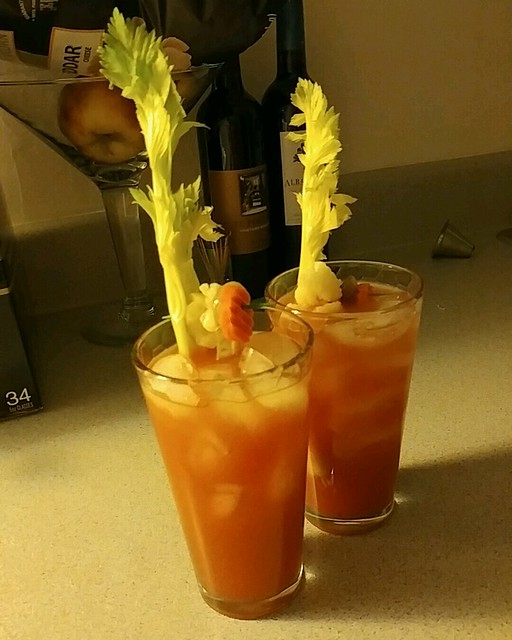