I haven't mentioned Friday's swim yet. I finally remembered to try those floating dumb bell things toward the end and was surprised how uncoordinated they made me feel. Turns out my arms are a much bigger part of my swimming than I realized, and while I had my hands full, I could barely move through the water. Using them was weird, too, because pushing them down in the water would push me up out of it. I did three sets of three different moves and got back to my regular swimming. Maybe someday if I see that there's a convenient class, I'll try them again.

The plan was to swim again today since I walked so far yesterday and there was a good chance I'd wake up all kinds of sore. Especially because I twisted my ankle around the five-mile mark. Even though I was totally fine, there's no reason to push my luck. It was nice, but the deep end crowd was really working my nerves. Three people swam back and forth and two more were going in circles around the outer edge while I was just trying to mind my own business in the corner. There's really nowhere in the pool you can go to completely avoid them all if you just want to tread water in place, but at least in the corner I can face the windows most of the time.

I guess it's less awkward for everyone else because they chat while they're nearly running into each other, but I listen to music while I swim, so I can't do much more than a friendly, "good morning!"

The lava lamps are interesting tonight. 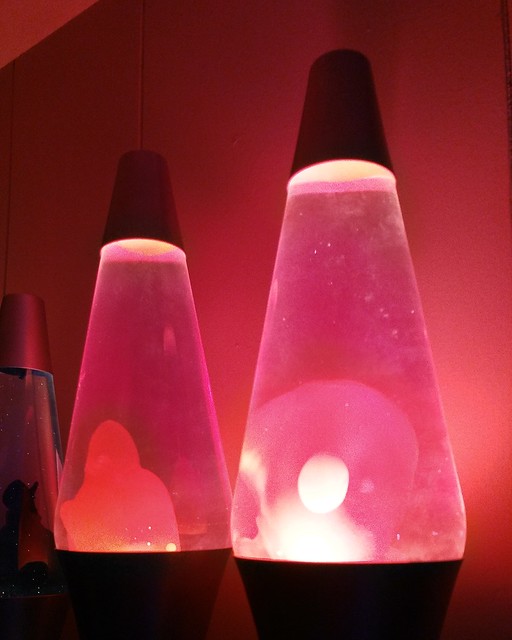