I didn't think I was going to be able to get out for any exercise today due to a work commitment at 6:30am plus plans with my friend Barbara for lunch and errands this afternoon. But I got a message at 6:15 saying I could proceed with my test, and thankfully the system failure I was trying to recreated happened for me on the first attempt. I was worried about that because after the first time I reported it, I couldn't replicate my results after many attempts when asked to try. So I ran to the pool, getting there just under an hour later than normal. I really liked that, because most of the deep end regulars were nearly finished with their swims and it was a lot emptier for my swim than it normally is.

The part of my foot where the sharp rock was poking yesterday was a bit sore as I walked around the swim center with bare feet, but I think it'll be fine for a walk tomorrow. So I think since I have a tattoo appointment Friday afternoon and can't swim for two weeks after that, I'll swim Wednesday and Friday this week. Obviously I'll walk at the tank farm on Thursday, but I'm still not sure where to go tomorrow. Not that I have to be so selective with so many extra walks coming up.

Last time I was there for a tattoo, I saw that they were remodeling a space to make into a piercing studio. If it's ready, I'd like to get my right nipple pierced. I had them both done back in 2007, but the right one migrated and had to be taken out. It's not particularly intuitive to get it done the same day as a tattoo, but if I have to stay away from the pool because of the new tattoo, I may as well do another thing that would also keep me from swimming.

Since I didn't include her in yesterday's post, here's Bella looking sinister, then cute, when we saw her yesterday. 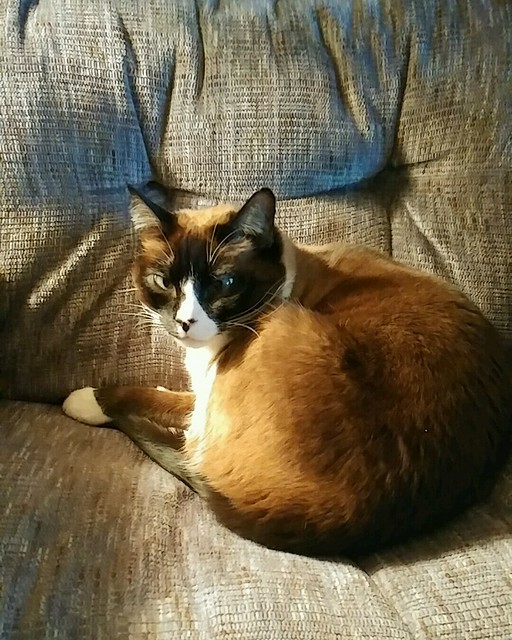 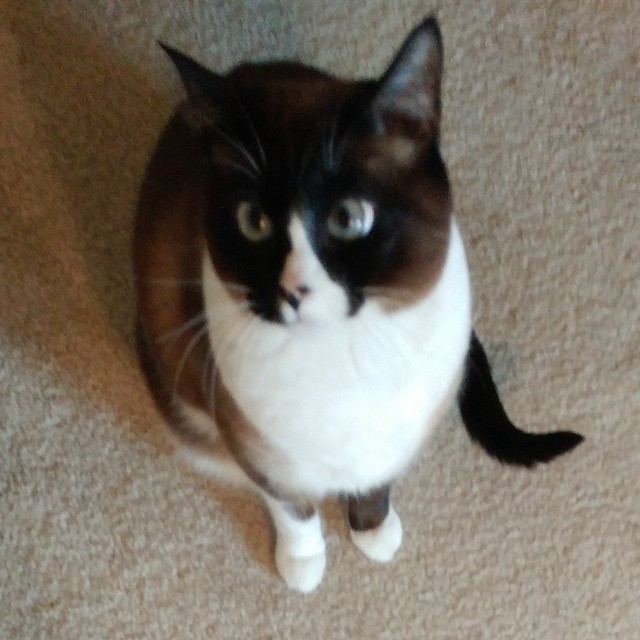 After lunch with Bev and Dennis yesterday, they wanted to see where Garrett's office was, and our route took us by the spot where that pedestrian was killed. I was looking out the window to try to figure out where it was and spotted a pile of flowers. I may go there tomorrow.
Collapse