For the last few years, our July 4th party has been pretty stressful because the Arlington Fly-in is always the weekend after the 4th of July. Garrett's always very busy with that, so devoting a few days to a party has a huge impact. And it really does take a few days. The day before is cooking and cleaning, the day of is the setup and the party itself, and the day after is cleanup and recovery. I've been asking to move our party ever since the first one. Almost everyone has July 4th plans anyway, so in addition to it being less stressful for us, it made it possible for more people to come.

August 4th happened to be a Saturday this year, and a perfect theme fell into my lap. 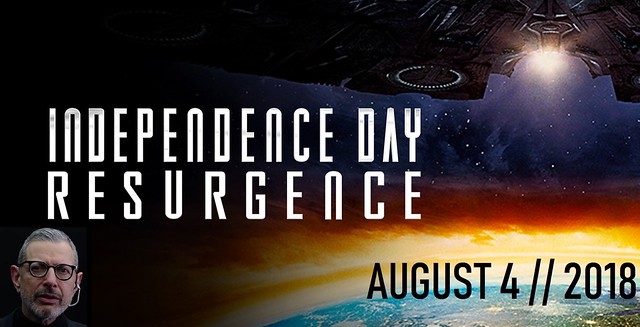 Of course, I took a few liberties. It basically became a Jeff Goldblum party with a few aliens. Here's this year's prize table. I added a small fondue set that wasn't taken last year after I took this, but nobody took it this year either! 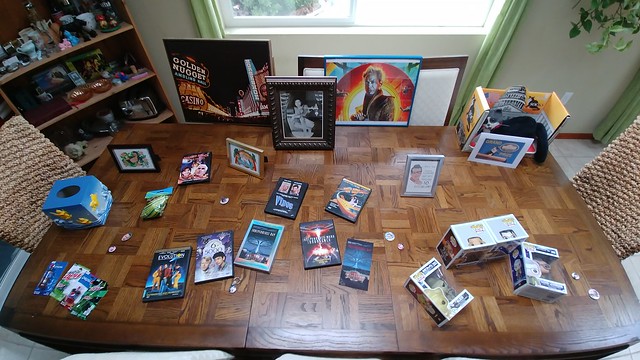 Detail of the bigger framed art, the first prizes to be snatched up. My coworker who lives about a mile from here has two daughters who are obsessed with Jeff Goldblum right now. 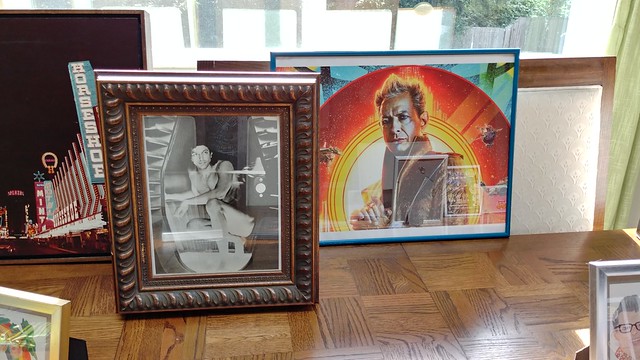 I originally planned to completely cover our spinning lawn decor with Jeff and alien heads, but decided one row of flower petals on one was enough, mainly because I couldn't find the box of paper clips I bought to attach them with. That left a lot of extra heads, which came in handy when I noticed a bunch of cat claw marks on the wall below the bathroom window. You know how cats push away from the wall as they come down to make some room for their back legs? Yeah. 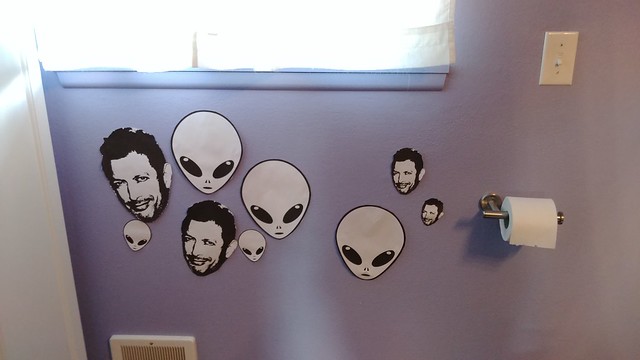 The lighting above the mirror got the same treatment. 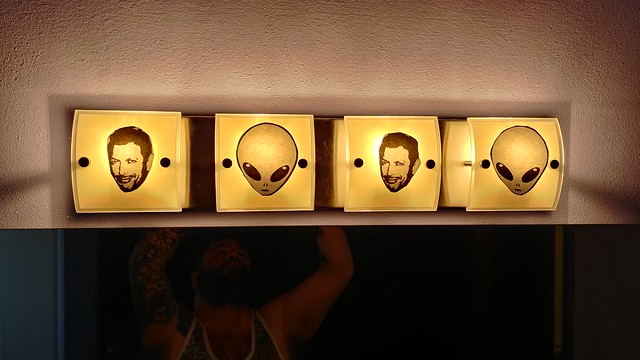 Strangely enough, one of the Fly-in volunteers who came to the party knows a friend of mine from high school and college! I of course had to take a photo to send to her. 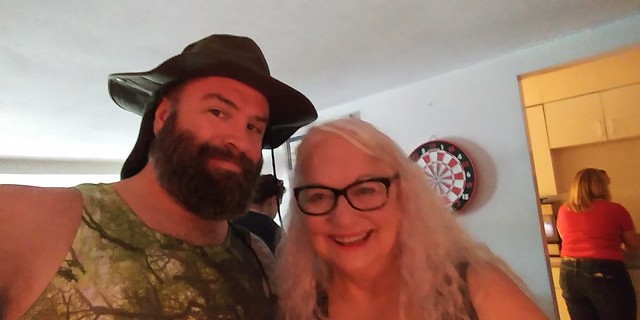 The inspirational message I left on both bathroom mirrors. 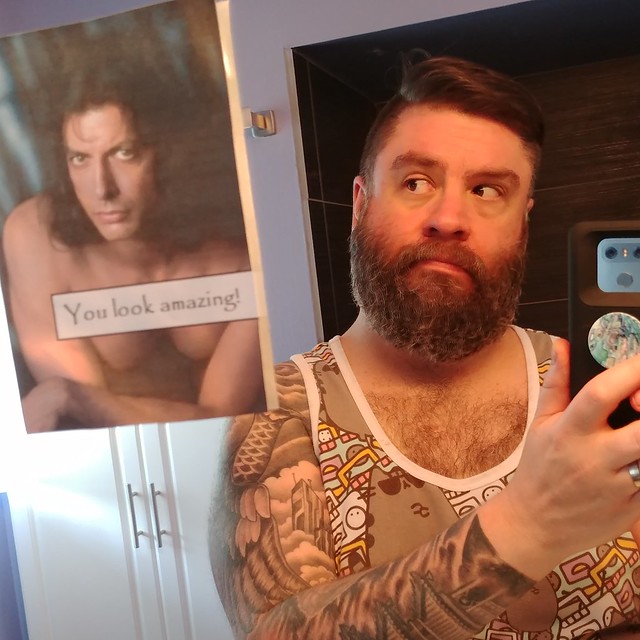 A poster I made with The Rasterbator for outside. 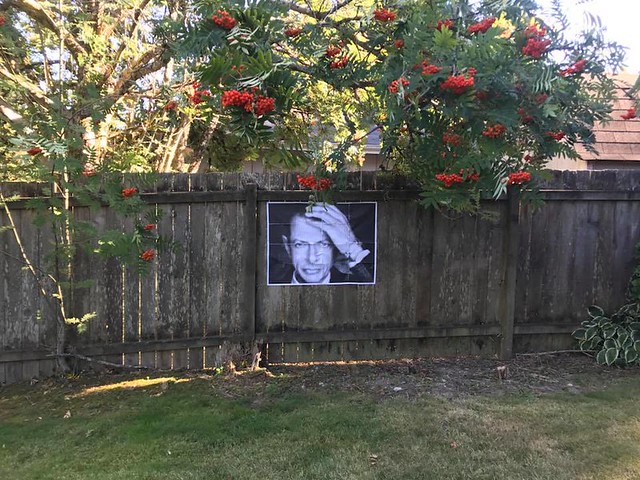 And finally, my outfit. I love putting together a terrible outfit to wear exactly once for a party. This year's was pretty expensive, so I'm sending this and a few other things to a friend who's a cosplayer and can make good use of it. 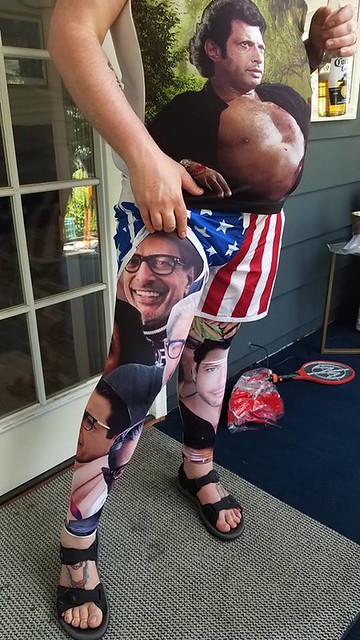