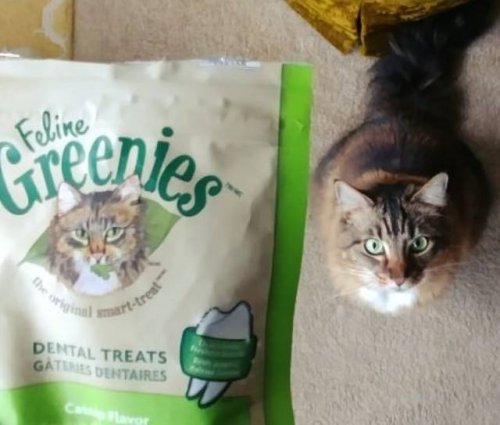 The paint that we chose when we remodeled the bathroom upstairs and added laundry is lovely, for sure, but as with all non-glossy paints, it's delicate. That probably wouldn't have been an issue, but Steve likes the bathroom window. It's high up, so when he jumps up, he has to dig his back claws into the wall, which eventually collected lots of scratch marks.

We like to keep that door propped open so rather than change that, I decided to give Steve (and potentially Sam) a little help. I like this cat shelf that they have at the vet's office, but I did the measurements and realized the lower shelf would make it too easy and tempting to fool with the toilet paper roll, and moving it over would interfere with the cabinet door. 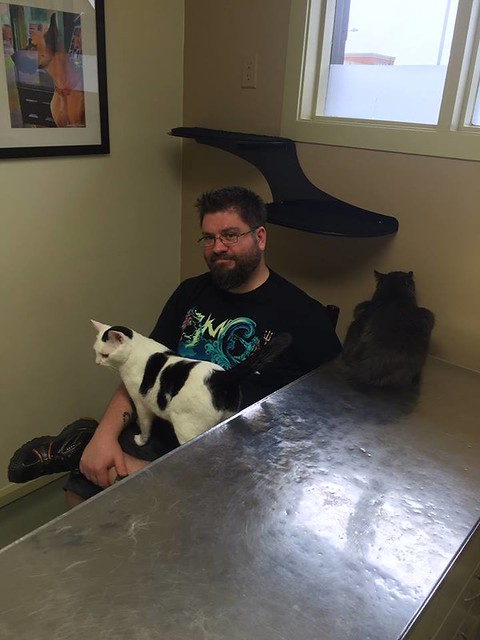 So I set out to find something smaller. There's no shortage of options, but I was able to eliminate a lot of them because I didn't want anything with fabric. I don't care how easy it is to clean, I don't want to have to. Steve's fur is especially annoying. It's very sleek, so you can't really brush him, and any dark fabric surface has some of his white hairs on it.

I found a wood one that's really simple and matches the decor quite well. When it arrived I went to the hardware store for a painting kit and stud finder, grabbed a tarp from the garage, and got to work.

The leftover paint was annoying because it was an unused second can, completely full but in need of mixing. That was messy. The fresh paint and new shelf look great, though. 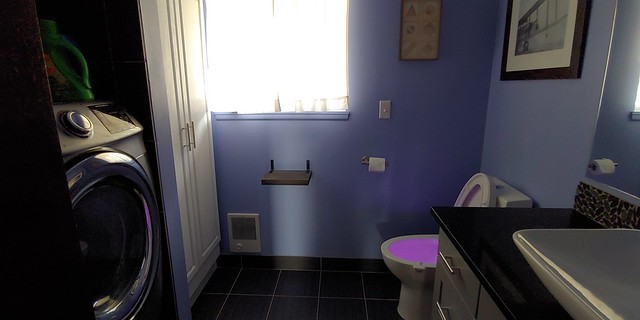 As a homeowner it's really hard to do anything without wondering, do I have to undo it later if we sell the place? But I'd be comfortable leaving this shelf in place and putting a plant on it for a showing.

You're not seeing things, there's a light in the toilet with a motion sensor that activates if it's dark enough.
Collapse