Inspired by a question from

kazzy_cee, I set up both my time lapse cameras in the same spot facing the same direction this morning to compare results. 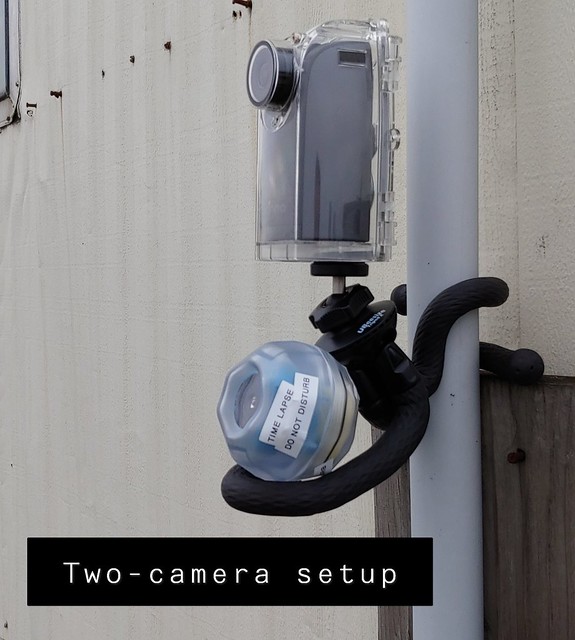 The Podo is a small camera with a sticky pad that was marketed to fans of social media as a way to set up an impromptu photo booth. I like it because of its size and the waterproof case I got for it is great. But there's a dark spot in all the photos, and creating a time lapse from photos is time consuming, but not to the degree that I won't do it. It has a regular lens, so while you won't see as much of its surroundings, you don't have to deal with the warping around the edges that you get with a wide-angle lens.

The clear winner today is my Brinno Pro with its wide lens because the subject matter is a layer of cloud fluff with few details, so the more you pull out, the better everything looks. This Pro model has lots of controls that I've never learned anything about, and I should, because I usually brighten up the video in editing and that makes the lightest parts wash out.

I ordered another flexible tripod so they won't have to share next time, and that will give me more options for placement. Today's spot was pretty great, though, so I'm looking forward to trying again there.

On the way back to the car I found another camera and put it to use. 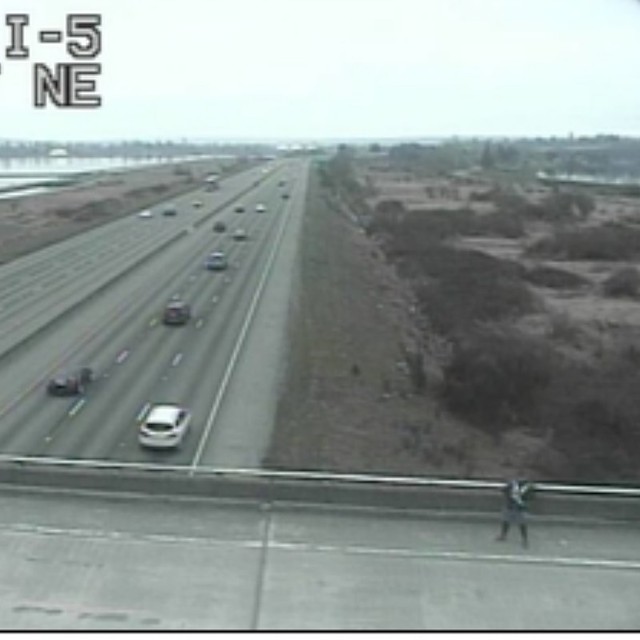 I know for next time I can get a better picture if I step out into the road. There's only a farm and a parking lot off to the left so there's no traffic.
Collapse