Only tangentially related to work, I've always wanted a TV in the fireplace upstairs that would play fireplace videos. Unfortunately the last time we had a spare TV, it tipped over. As far as I know, it was on the floor when that happened, but that was still enough to ruin the screen.

I had two extra monitors because the one work sent me was so big at 24 inches that there wasn't room for another, and even if I wanted to pack them in too tightly, those monitors don't have the holes on the back to mount them on the flexible arms. It worked out well, though. The laptop fits nicely in that space and its webcam works much better than the external one I have.

Since I recently replaced the Roku in my room, I had a spare, so I decided it was time to try the concept out with one of the monitors. Garrett liked it so much, he upgraded it with a new TV and a Raspberry Pi computer. It's better because it's bigger and takes up more of the space, and it has speakers so we can hear the "fire" crackling.

On to the shirts. 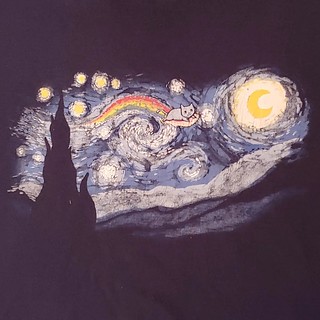 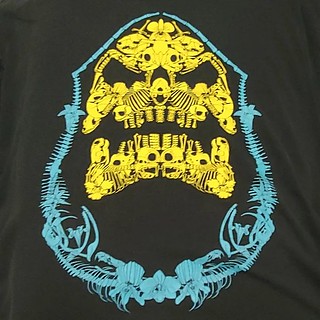 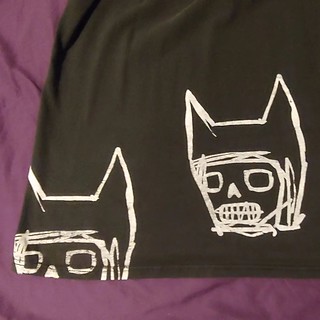 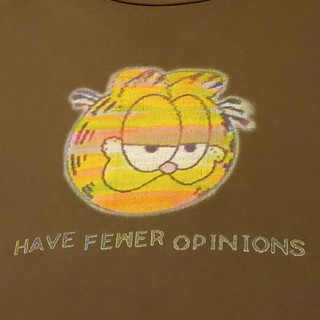