The no repeat t-shirt project happened because we always go on camera in our meetings at my new job and I thought since I was wearing new shirts daily anyway, I'd see how long I could go with no repeats. Another project was to get more art up on the walls and do whatever I could to make the background nicer, too. The thing that looked the worst was my old, crappy curtains. They came with the house and looked slightly better after I dyed them green, but not good by any means.

I ordered a set from Etsy a week before my first day. Actually, I ordered two because I got the measurements wrong and thought I'd need three panels for proper coverage. It took five weeks or so for them to finally arrive because of some new customs rule in Turkey, where they shipped from, but I'm so happy with them now that they're here. And two panels was exactly enough, and I love that they make them line up so perfectly. 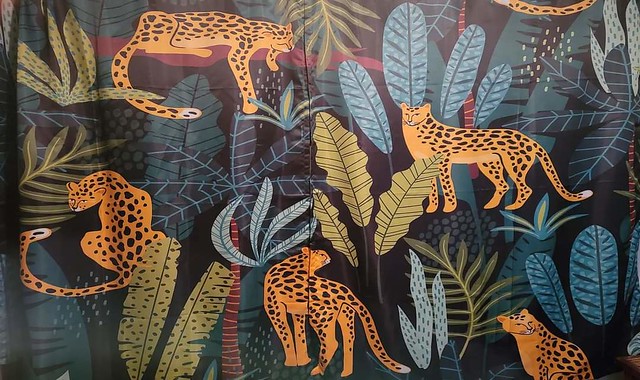 That's with everything completely out of the way so I could vacuum the mess up from drilling the holes in the wall for the new curtain rod. Speaking of which, I'll be ordering another. The decorative ends on the one I got don't even work. There's no threading to screw them in or anything like that, and they don't stay in if you pop them in. I'd return it, but I don't feel like replacing it immediately, or removing the hardware from the wall.

My office is pretty small and trying to show it with the wide angle lens makes it look comically smaller. Here's the view of the room from where I sit if I were to turn away from my desk. The huge blue thing is a bean bag that turns into a bed! We don't really have guests often (especially now) but need an extra bed if we do. That's a queen size one and it would definitely take up the entire floor if used so I might let anyone staying over just have my room. That would especially make sense if I had to work the next day. 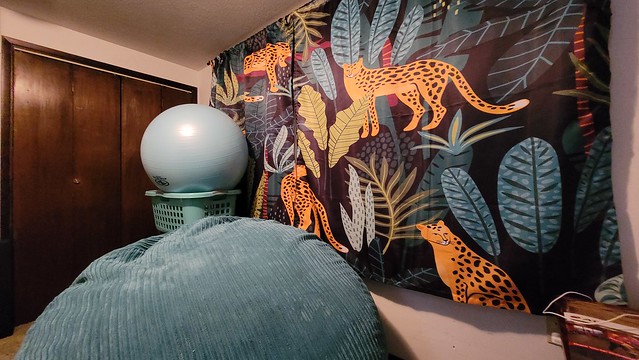 If you wondered, yes, I chose the color specifically to match the exercise ball and laundry basket. Here's the progress I've made with the art. That biggest piece is mainly there to hide the electrical panel, which doesn't even have a door. I've written before about Japanese Gulch and was so thrilled when Elizabeth Person offered a print of it. I'd show it more prominently in the camera view that I'll share in a bit, but anything reflective looks terrible. That's been a big challenge. 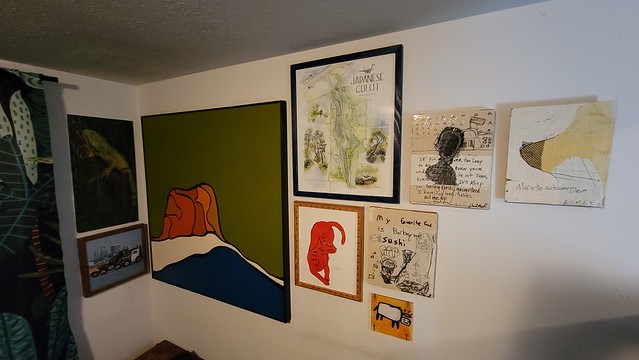 As is my custom to always show at some point, here's my desk setup. The monitor they sent was so huge, I almost wish I didn't use it. But the camera on the computer works way better than the one they sent me and the one I already had, so having the computer fill in the remaining space works pretty well. And then on podcast recording days, I can just put my laptop in its place with all the same connections. I wish they hadn't sent a Mac because I don't really care for the operating system and all our tools are browser based anyway, but it's not worth asking for something else. I let them know that I don't use the tiny bluetooth keyboard and mouse they sent, and can return them if they want. 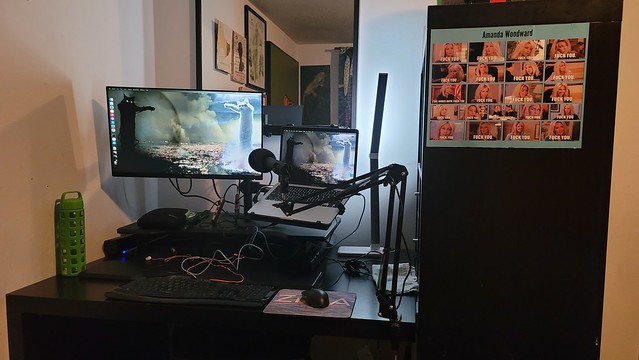 Finally, here's what people see. That lamp from the earlier picture did a decent job lighting me before daylight saving timne ended and all my meetings began happening while it was darker out. It still could if I didn't mind facing it toward myself instead of the wall, but I do, so I won't. I'm of course used to the inverted view and this is a little weird to see. 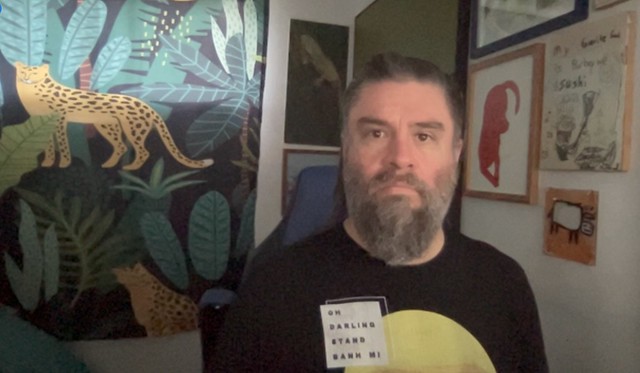 And finally, this week's shirts. 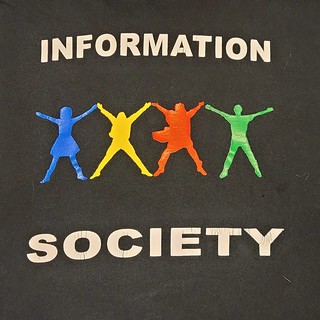 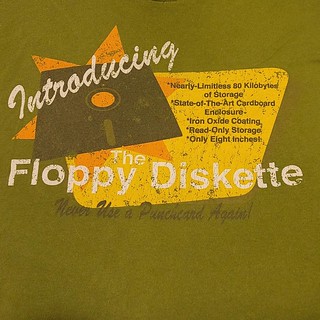 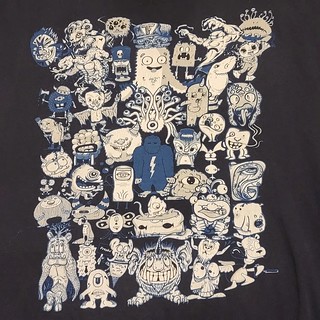 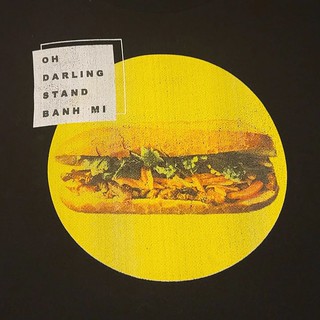