I got up yesterday and walked five miles round trip from our house. I hadn't brought the car out of the garage and didn't want to wake Garrett up with the garage door, otherwise I much prefer to drive to a walking spot. But Thanksgiving morning is definitely one of the best days to walk in the neighborhood because even the busiest street near us is super quiet. It's pretty awesome that Howarth Park and its beach are just 2.5 miles away, too.

As you would expect, it was a very small dinner in terms of the guest list. Just me, Garrett, his parents, and our cats. 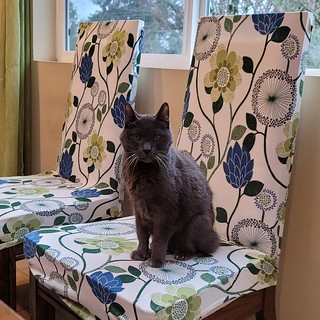 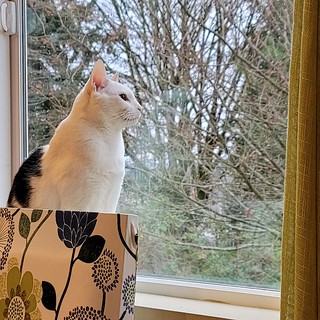 Garrett's table was lovely and the wall garden's looking amazing. 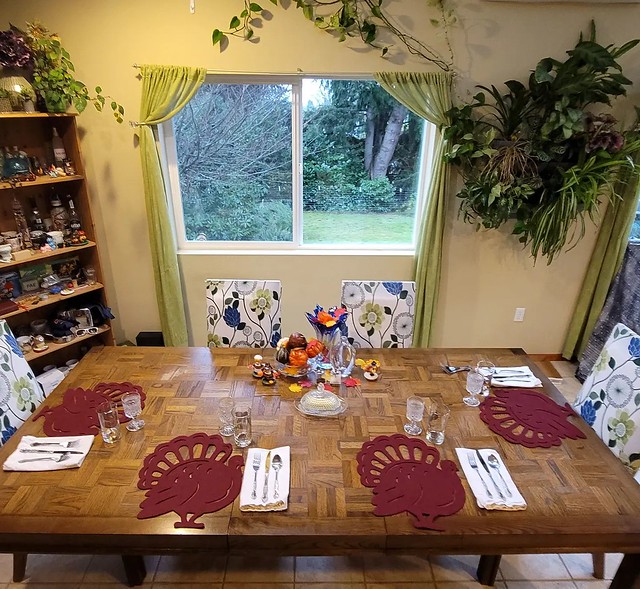 Clockwise spiral from left: sweet potatoes with caramel sauce, mashed potatoes and turkey with gravy, carrots, lefse with butter, cranberry sauce, stuffing. We also had a pumpkin pie but nobody ate any. I think it's pretty silly to even make dessert when we have such a big dinner plus snacks and sweets out beforehand. Those were nuts, crackers with cream cheese and smoked salmon, fudge, and Norwegian brown stick cookies. Plus there were pickles and olives on the table with dinner. 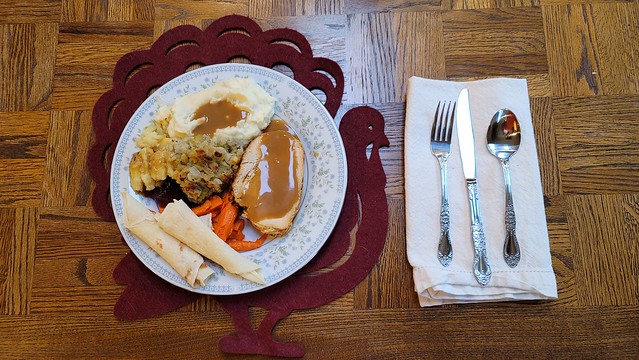 Garrett's oldest friends are coming for lunch today. They're brothers, Kyle and Drew. Kyle was Garrett's best man at our wedding. I'll have to cut out a bit early because I have a tattoo appointment at 3pm. Speaking of which, I got a tattoo a week ago. I was supposed to get two tattoos that day, but the artist wasn't ready with the design for one of them. The one I got was the easiest, least painful tattoo I have. 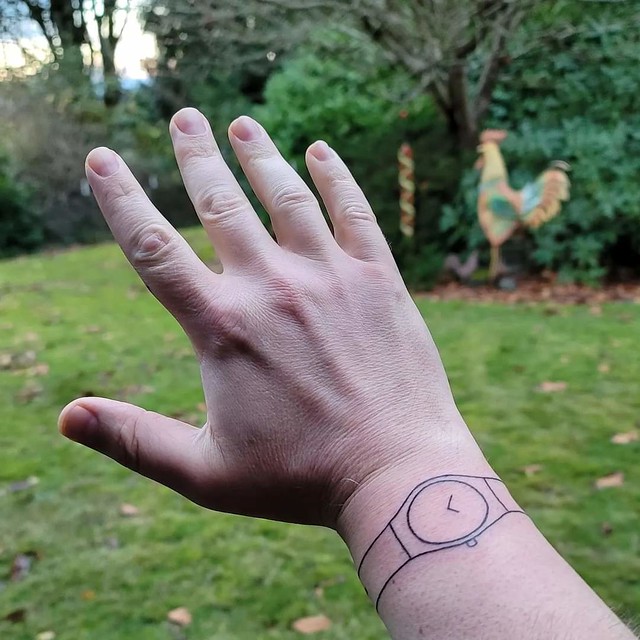 I originally wanted Swatches worked into my back tattoo but we didn't get around to it. Since I decided to get one that was true to size, and only one, the best course of action was to just get the blank template. There are far too many amazing Swatch designs, after all, and most of them have tiny details that would be hard to do in a tattoo. So now I have any/every Swatch instead. And people can color the tattoo in if they like, much like how I let them write captions into my t-rex tattoo.

Are you left-handed?
No, but I already have a full sleeve tattoo on my left arm.

What's the significance of the time?
There is none. 10:10 is an industry standard for the time in photographs of watches because it looks happy. Seriously! And I think I ended up with 1:50 because it got reversed at some point in the process.

If you'd thought to choose your own time, what would it have been?
4:00. I've been getting up at 4:00 for so long that it's deeply ingrained. Most days I end up canceling the alarm because I'm sore and ready to get out of bed in the ten minutes before it.

I'll save the details about today's tattoo until it actually happens. It seems like talking about planned tattoos curses them a little bit.

Since it was a short week at work, it's also a smaller group of t-shirts. 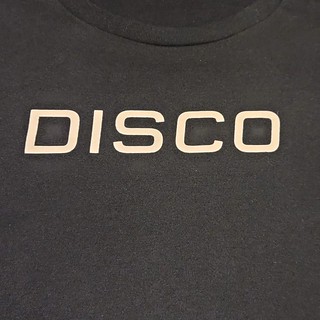 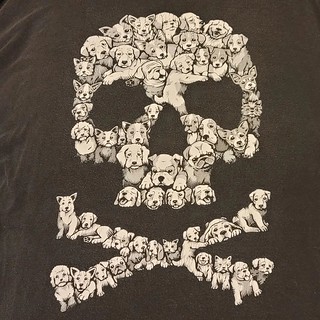 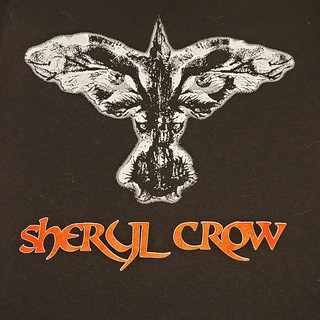 If you aren't familiar, that first one is a Star Trek Discovery shirt. Two of the characters were running laps around the ship's corridors and their standard issue workout gear had the name of their ship shortened to Disco. Presumably the term for a dance club had been lost to history by then.

The third shirt is a the logo from the movie The Crow with Sheryl Crow's name instead, and the back reads, "Can't soak up the sun all the time."

I'm pretty tired of my pandemic haircut but the idea of returning to a barber every three weeks sounds absolutely exhausting. Plus I can't imagine a more likely place to catch a breakthrough infection than a tiny room where obnoxious men sit for up to an hour at a time, never shutting up! Haha. Here's a recent video that shows how long it's gotten, especially in front. At least it's low maintenance.