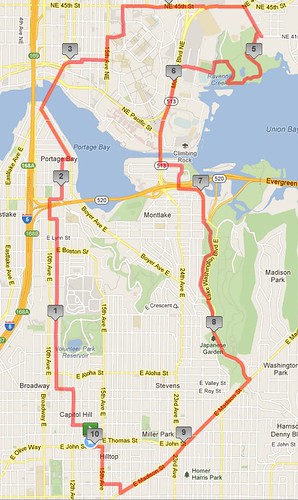 Very similar to the last two Fridays, but that's the whole idea. I
want to do at least ten miles on Fridays and most Sundays going
forward. Looks like within a few weeks I'll have to change the route
or leave later, though, because the Union Bay Natural Area (upper
right by the mile 5 marker) opens at dawn. Need to find some places to
pee near Fremont other than Gasworks Park.