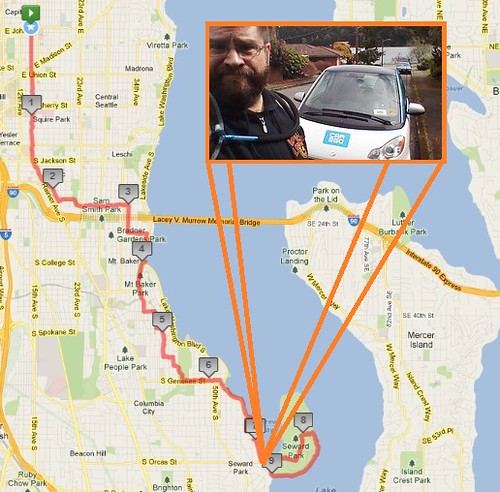 I knew for sure yesterday would be to either Seward Park or West Seattle
because car2go had a contest, and to enter you had to take a picture with a
car in their newly-expanded service area in South Seattle or West Seattle.
I like walking to West Seattle, but wouldn't want to during the day when
all the streets between here and there are so busy.

This was such a great walk! So many hills, so many parks, such great views.
Also, my first time going through Seward Park instead of just around it. I
think I'll go back next week to explore more trails.